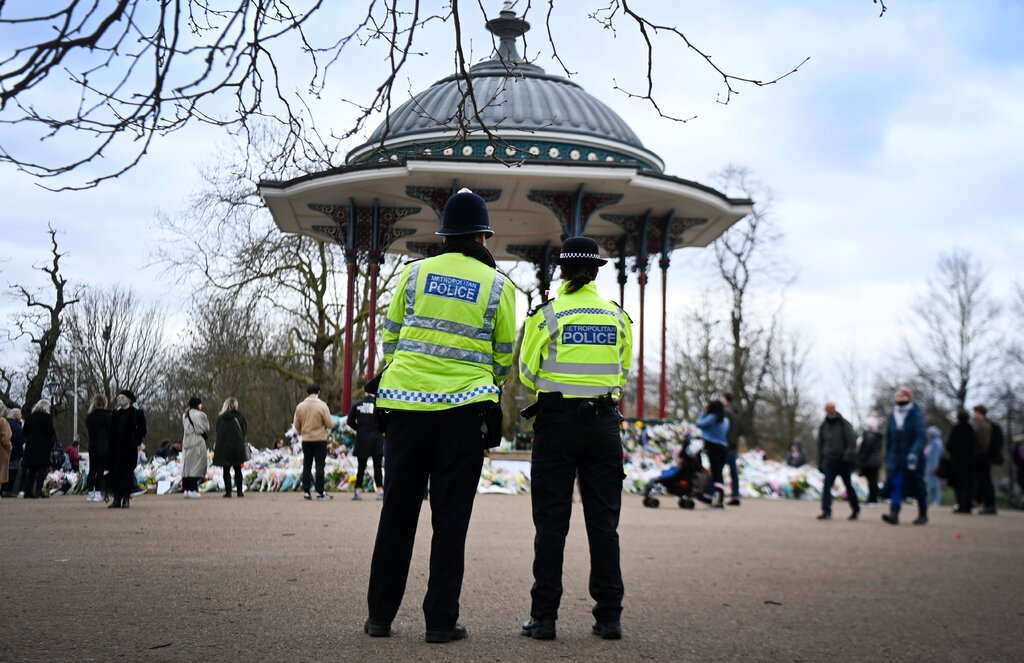 The guidance after the sentencing of Wayne Couzens, who abused his power as a police officer to falsely arrest and murder Sarah Everard, 33, provoked widespread criticism and mockery.

Challenging officers by asking them “searching questions.” Flagging down a bus, or running into a house. Asking for help from bystanders.

Faced with nationwide consternation over a police officer’s rape and murder of Sarah Everard, a 33-year-old marketing executive, the London police have offered several safety tips to women in the event they come face-to-face with an officer they consider a threat, or someone posing as one.

The tips, issued after Wayne Couzens, the officer who abducted and murdered Ms. Everard earlier this year, have been met with outrage and derision in Britain. They come after he was sentenced Thursday to life imprisonment for her killing.

Mr. Couzens’ sentencing hearing included shocking details about how he — under the guise of an arrest, although he was not on duty — handcuffed and abducted Ms. Everard before raping and murdering her and setting her body afire. And many women asked how realistic it was that the police safety tips would save them if they faced a similar threat.

“This advice in particular shows a fundamental lack of insight into the issue of women’s safety with the police,” the Women’s Equality Party wrote in a post on Twitter, saying that the force had failed to recognize “the huge power imbalance between a police officer and someone they are arresting.”

The advice was accompanied by a list of other measures the force had taken or planned to take in light of Ms. Everard’s murder, including stepped-up patrols and plans for a new strategy to address violence against women and girls.

But critics say the guidance and the other planned measures have done little to calm the fears or reverse the erosion of public trust created by a London police officer like Mr. Couzens abusing his position to carry out the attack on Ms. Everard. Her murder provoked nationwide outrage and led to calls to improve safety for women.

The police fired Mr. Couzens after he pleaded guilty.

Many women said the guidance issued by the police Thursday raised questions about what they see as a lack of meaningful action taken by the force and the government in dealing with broader issues of violence and misconduct in police ranks.

And they argue the approach once again puts the onus on women to protect themselves while neglecting to address institutional failings. Others pointed out that for people of color, who may already face mistreatment by the police, the guidance rang particularly hollow.

“Imagine what would happen if a Black or ethnic minority woman/man ‘challenged’ an officer’s identity and intentions when stopped,” wrote Dr. Zubaida Haque, the former deputy director of the Runnymede Trust, a think tank focusing on racial equality. 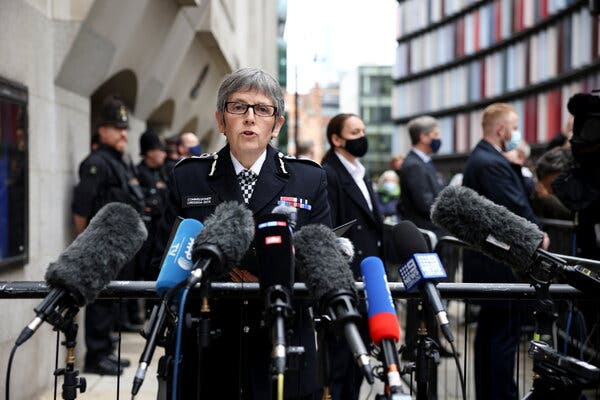 Jolyon Maugham, the executive director of the Good Law Project, a governance watchdog, said people had lost trust in the police and the criminal justice system.

The only way to restore trust, Mr. Maugham said, was to recognize systemic police problems through a public inquiry and the government’s handling of broader failings within the system — and its response to such violence.

He said a “very clear institutional line” needs to be drawn that leaves zero tolerance for sexism, misogyny, and sexual violence.

Some 750 Metropolitan Police officers and staff faced sexual misconduct allegations between 2010 and May 2021, and just 83 were fired, according to data obtained by iNews through a Freedom of Information request.

“How do you look at the numbers that we know about of police officers accused of sexual misconduct, and the much smaller number of dismissals, and conclude that the police force institutionally regards this with the seriousness that it should?” Mr. Maugham said.

The Metropolitan Police acknowledged that Mr. Couzens’ abuse of power had shaken the force, and that it was among a number of high-profile cases that “bring into sharp focus our urgent duty to do more to protect women and girls. ”

It also for the first time acknowledged possible missteps in vetting Mr. Couzens before he joined the force, and said officials were investigating an allegation of indecent exposure by the officer days before Ms. Everard was abducted.

A review into Mr. Couzens’s vetting process began after his arrest for the killing of Ms. Everard, the Metropolitan Police said. While he had passed,  the review also found that one of the checks into his background “may not have been undertaken correctly” and failed to turn up an allegation of indecent exposure in Kent in 2015.

Some opposition lawmakers have called for the resignation of the head of London’s police force, Cressida Dick, while others have pushed for a broader investigation into potential systemic failures.

Senior government officials responsible for policing have stood behind the police commissioner.

Kit Malthouse, the government’s crime and policing minister, acknowledged that the case “struck a devastating blow to the confidence” in the police and had raised questions about how to prevent such attacks from happening in the future. But he said he believed Ms. Dick should continue in her position.

“The question in our mind is what went wrong?” he said during an interview with Sky News on Friday. He said an inquiry would be needed to assess “how this monster slipped through the net to become a police officer” and what could be learned from that to make the police force a “better organization that has the unquestioning trust of the British people.” 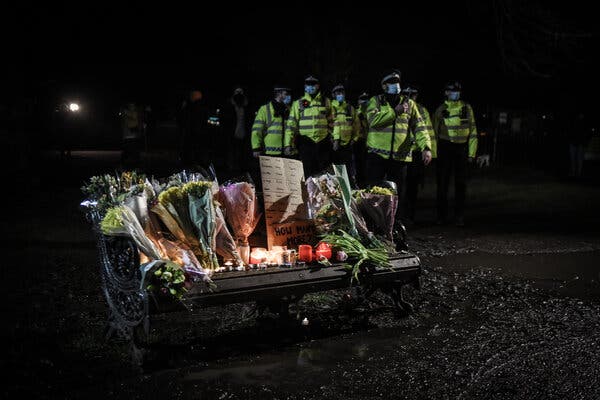 Yvette Cooper, a Labour lawmaker and the chairwoman of a parliamentary committee that scrutinizes the Home Office, which oversees policing, said the response from the Metropolitan Police and the government to the murder of Ms. Everard was “totally inadequate.”

“We need answers,” she said in a statement posted on Twitter. “How was this dangerous man a police officer for so long? What needs to change in policing?”