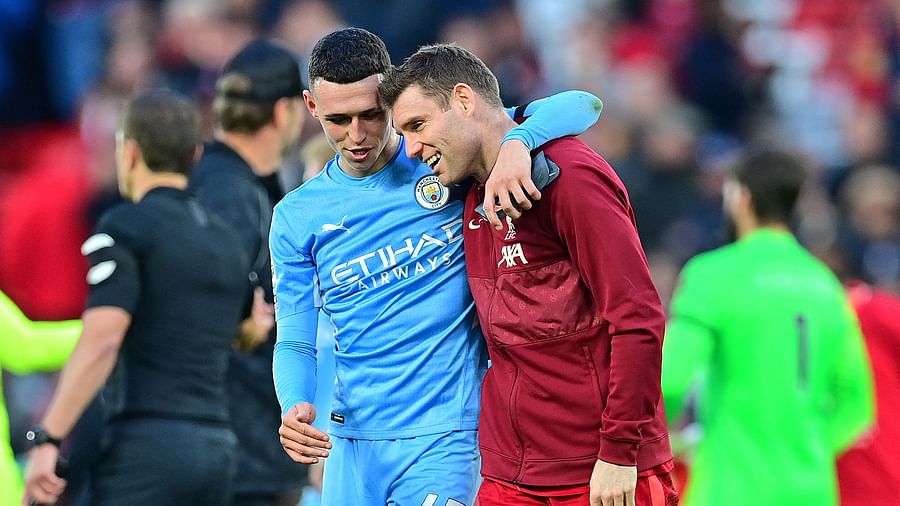 Manchester City have won the Premier League title three times in the last four seasons. The rest is Liverpool. The Liverpool-City match at Anfield today is without a doubt the biggest dilemma of all time in English football. In the end, however, neither team had to leave the field with the disappointment of the rate. In the enjoyable second half, the two teams, who were full of counter-attacks, finally drew the match 2-2. Liverpool went ahead twice in the match, City equalized twice.

The start was not bad for Jurgen Klopp’s Liverpool. However, as time went on in the first half, Manchester City took control of the match. Mo Salah, Diego Jota and Sadio Mane did not give the English champions a chance to move too much. At Anfield, Guest City played with possession of the ball as usual. City’s Phil Foden had the best chance in the first half. But he was disappointed by Liverpool goalkeeper Alison.

However, after the break, Liverpool’s edge increased. Jর্গrgen Klopp’s team put some pressure on City from the beginning. It also gets results. In the 59th minute, Salah’s great pass gave Liverpool the lead. It takes City tens of minutes to respond. Phil Foden equalized from a Gabriel Jesus pass. The City midfielder has also built a reputation by scoring goals at the age of 21 years and 128 days. No one has scored in three consecutive matches against Liverpool since 2013 at a younger age than him. Romelu Lukaku achieved this feat in 2013 at the age of 20 years and 194 days.

The second half of the match at Anfield seemed to be a thrilling affair. Mo Salah beat City’s defenders in the 6th minute to give Liverpool the lead again. The Egyptian forward has scored in the last 6 matches for Liverpool in all competitions.
However, the CTO did not give up. Kevin de Bruyne’s goal in the 61st minute equalized the match for the English champions. In the end, after this draw, Liverpool has 15 points and City has 14 points after 6 matches in the Premier League. The club’s position in the league is number two, City three. Thomas Tuchel’s Chelsea is at the top with 16 points in 6 matches.