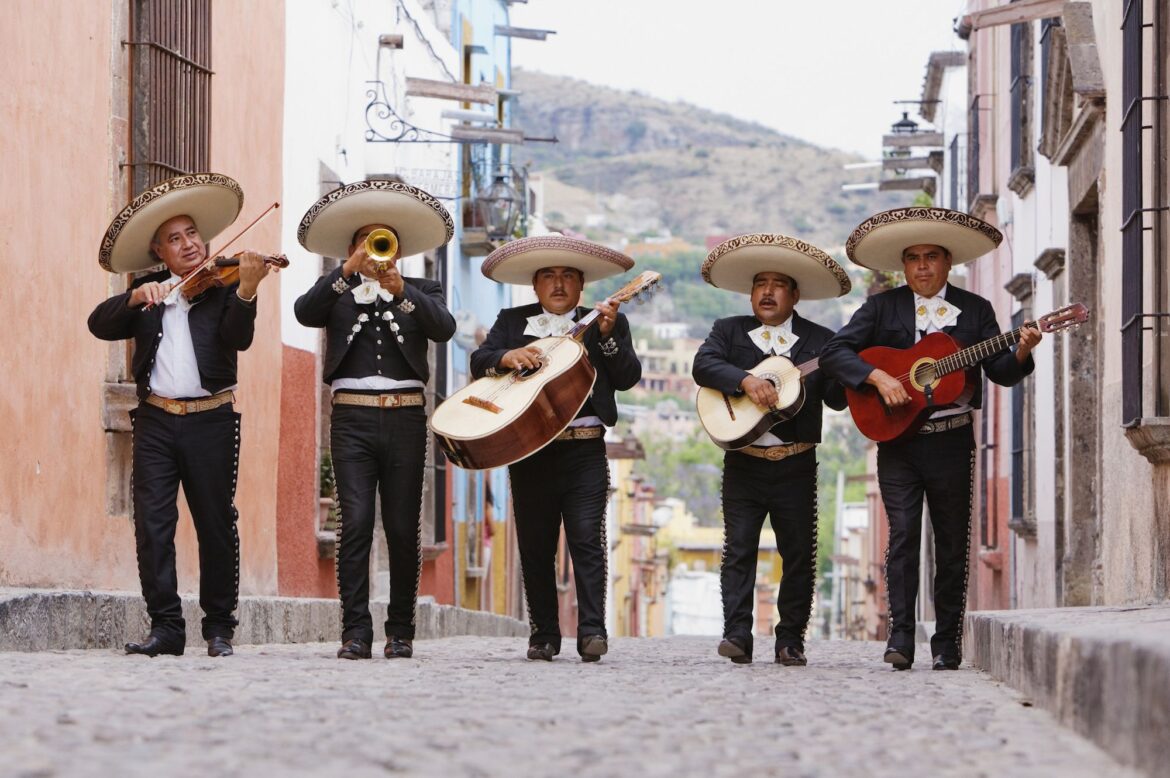 The trumpets, guitars, violins. The familiar melodies. Mariachi music is a Mexican tradition with roots dating back hundreds of years.

“This tradition that came even before the Spanish arrived in the New World,” said Robert Ruiz, musician and director of the Mariachi Orgullo de America.

In the beginning, mariachi was a string ensemble. But with the arrival of European instruments, it transformed into a new music form.

“Then in the pretty modern time – the 1900s, the 1920s – mariachis started adding trumpets to their ensemble,” Ruiz said. “Today, it’s pretty hard for us to imagine mariachi music without trumpets.”

“In radio, which was lo-fi at the time, horns sounded really great. Strings, they were kind of warbly. But when you added that horn sound, it really shone through,” Ruiz said.

Ruiz joined his first professional group when he was 12.

“For me, being a mariachi is just part of my identity now,” he said.

Specifically for the Mexican community, the mariachi plays a role in cultural identity. But the appeal transcends ethnic groups and national borders.

The mariachi presence continues to grow in Oklahoma.

“More and more, I think Oklahomans have become accustomed to what a mariachi actually looks like and sounds like,” Ruiz said.

The look is unmistakable.

In the early 1900s, the mariachi transitioned from a “peasant” attire to a more elegant look. Groups wanted to change into something they believed would bring more respect to the art form.

“And adopted the charro outfit, which was mostly worn by nobles, hacienda owners,” Ruiz said. “You only see mariachis in these kinds of uniforms.”

The sombrero, the charro jacket and the pants all coming from a horse tradition. Mariachis all over the world make it their own with vibrant colors and embroidery. It’s something to be proud of.

Mariachis are hired for just about every special occasion – weddings, quinceaneras, Mother’s Day and even funerals.

“For many families, for many people in our community, this music does transport people,” Ruiz said. “It transports people to different times in their life, memories, to thoughts of people that are important to them.”

Being a mariachi musician isn’t just about providing entertainment.

“Mariachi, to me, it is my culture,” Eric Morales said.

It comes with a responsibility.

“It’s about being a part of the culture and making someone’s day special,” Kevin Stringfellow said.

Mariachi music celebrates the struggles, joys and growth of the people. It’s a way of life for those who put on the charro suit, and it’s a tradition that represents the past, present and future for the community.