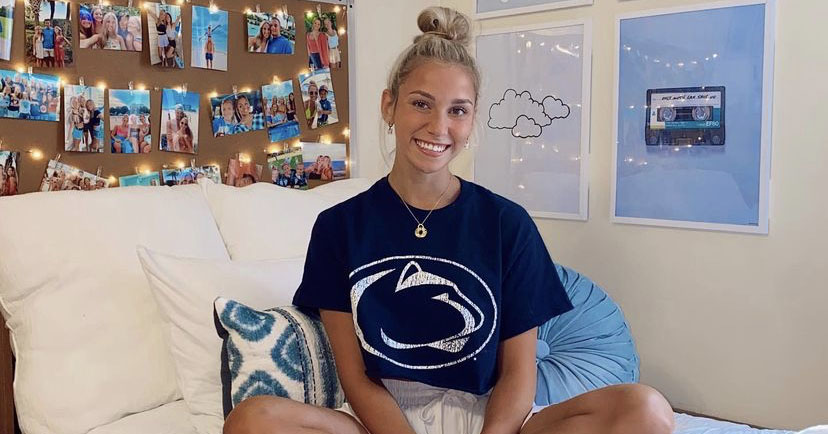 Last year’s quarantine period was an interesting time for all of us. Most of us were trapped in houses that we couldn’t leave, so we picked up on things to past the time. For some of us, it was working out, testing our cooking abilities or building a hatred towards Carol Baskins. But for Penn State freshman Katie Feeney, it was her start to stardom.

While stuck at home last spring, Feeney, who is an avid lover of Amazon, decided to record herself unboxing packages and posted them onto her TikTok. What started off as a fun way to pass the time soon turned into fruitful career with a lot of opportunities.

“For a while, I was doing them twice a week,” Feeney told Onward State. “It was the start of something I saw becoming a lot bigger, so it was cool that I was at the beginning of it.”

Now, with more than 6 million followers on TikTok, one million followers on Youtube, and a sponsorship with one of her favorite brands, Coach, Feeney has established herself as one of one the next up-and-coming social media superstars.
Despite making enough money to move to a bigger city to pursue her influencer career, the Maryland native decided to take the traditional route and pursue a degree at a university. Although her hometown Terrapins was one of her top choices, Feeney chose Penn State when looking for something new.

Feeney’s first moment of shock at Penn State came from during the annual New Student Convocation. When touting this year’s freshmen, President Eric Barron himself told the whole class that they have a well-followed influencer amongst them.