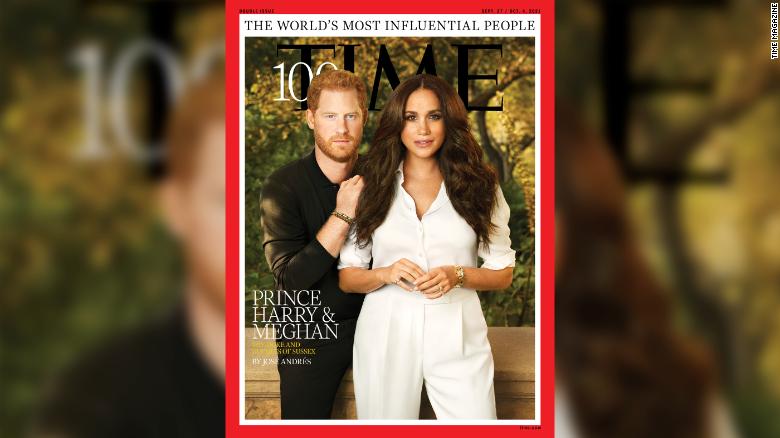 This year has seen Prince Harry and Meghan, Duchess of Sussex take part in a groundbreaking interview with Oprah Winfrey and welcome their second child into the world, all while scandals have swirled around the royal family they left behind.

Now, they can add another major moment to their 2021 diary — as Time has named them ‘icons’ in its annual list of the world’s 100 most influential people. The couple appear on one of the multiple covers of Time’s 100 issue, while others who grace the magazine’s front page include Simone Biles, Billie Eilish and Ngozi Okonjo-Iweala — the first African woman to lead the World Trade Organization. 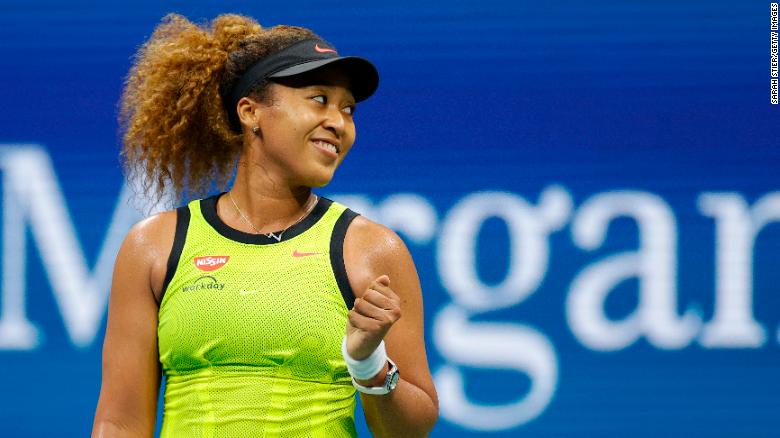 Naomi Osaka, also named in Time’s list, sparked discussion around mental health this year.
In the issue, José Andrés, a chef who founded a nonprofit that provides meals to those in need in the wake of natural disasters, described Harry and Meghan as having “compassion for the people they don’t know,” and said they “don’t just opine — they run toward the struggle.”
Andrés praised the couple for the way they “take risks to help communities in need,” by “offering mental health support to Black women and girls in the U.S., and feeding those affected by natural disasters in India and the Caribbean.”
When the Sussexes gave their interview to Oprah earlier this year, they were met with praise from across the globe for being open and candid about their struggles with mental health and, since then, the prince released a documentary series on mental well-being and the impact of therapy on his life.
“Springing into action is not the easy choice for a young duke and duchess who have been blessed through birth and talent, and burned by fame,” Andrés also wrote. “It would be much safer to enjoy their good fortune and stay silent.”
Besides the royal couple, other figures that made this year’s Time list include tennis star Naomi Osaka — who also ignited an essential conversation around mental health this year when she withdrew from the French Open — Russian opposition activist Alexei Navalny, Britney Spears and Apple CEO Tim Cook.
As usual, the list also includes leaders around the globe who have had a significant impact in the past nine months — from US President Joe Biden and Chinese leader Xi Jinping to Indian Prime Minister Narenda Modi and Abdul Ghani Baradar, the senior deputy leader of the Taliban in Afghanistan.