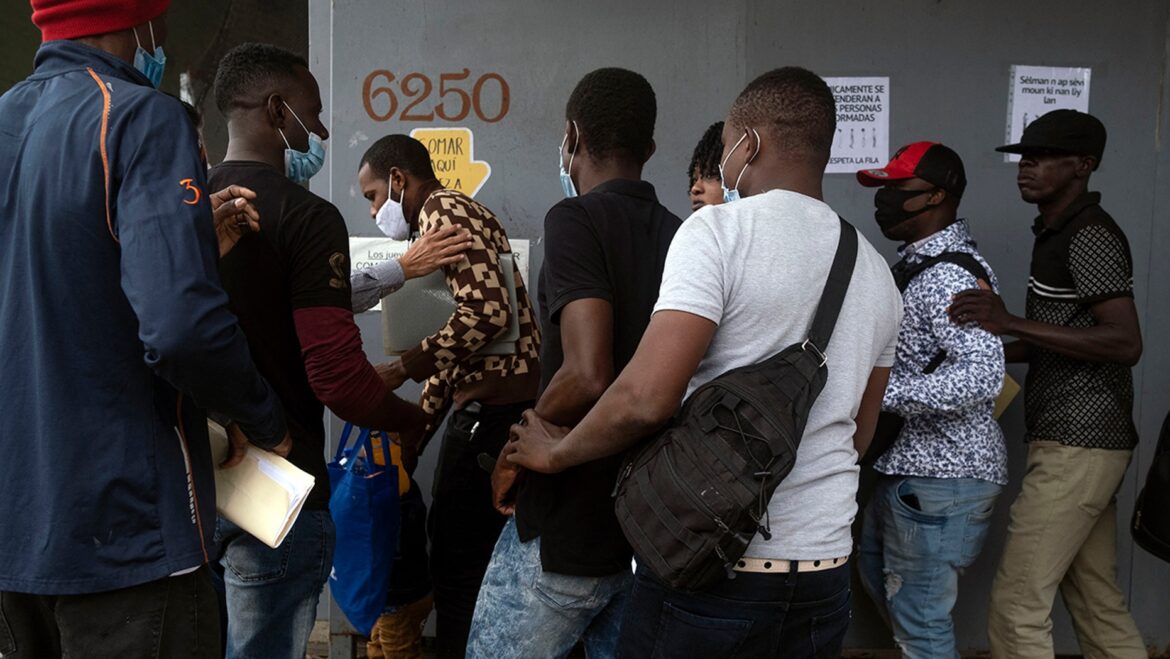 The majority of the children were unaccompanied by a parent or legal guardian, officials said. Most of the migrants were from Guatemala.

The three trucks were stopped at a military checkpoint in Tamaulipas, a violence-riddled state bordering Texas. Despite the containers being sealed, immigration officials heard voices inside, federal authorities said. Through an X-ray examination they found silhouettes inside. When they opened the containers, they found the migrants, hungry and thirsty.

Four men who allegedly were in charge of the large group were detained by federal authorities and being interrogated by Mexican federal prosecutors.

The incident marks one of the biggest single detentions of migrants, a senior Mexican immigration official said. In March, immigration authorities found 329 people in three trucks. This year, authorities detained groups of more than 100 migrants at least on four occasions.

“This has no precedent in recent years, as far as I can remember,” said Luis Alberto Rodriguez, the security spokesman of Tamaulipas state. He said there were children as young as 3 years old.

The arrest comes as apprehensions at the U.S.-Mexico border for the fiscal year 2021 reached 1.47 million through August, U.S. Border Patrol numbers show, on track to breach the record of 1.64 million apprehensions in 2000. Fiscal years end on Sept. 30.

Many of the migrants are coming from farther afield, including tens of thousands of Haitians who fled the island nation years ago, but are now on the move again, driven out by tightening immigration restrictions in Chile and economic hardship from the pandemic.

Most migrants are fleeing poverty and unemployment amid the pandemic, high crime or political instability. They are moved by well-organized mafias, who control routes and often bribe migration officials. Migrants often pay thousands of dollars to get to the border.

“[This] shows the sophistication of the human-smuggling networks operating in the region, their disregard for the safety and well-being of the migrants themselves and how they are able to take advantage of vulnerable and desperate people by offering them the chance to get to the U.S. border,” said Maureen Meyer, an immigration expert at the Washington Office on Latin America.

On Friday, Mexican and U.S. officials headed by Secretary of State Antony Blinken met in Mexico City to agree on a new security plan that includes, as one priority, cooperation on going after people smuggling across Mexico.

The migrants found in three trucks in Tamaulipas were sent to shelters in Ciudad Victoria and Tampico. Children and families will be handled by the state social services. Immigration authorities will decide whether they are returned to their home countries.

“The kids are calm. They are apparently unaware of the situation, of the hardships they are going through,” said Rodriguez, the state official.