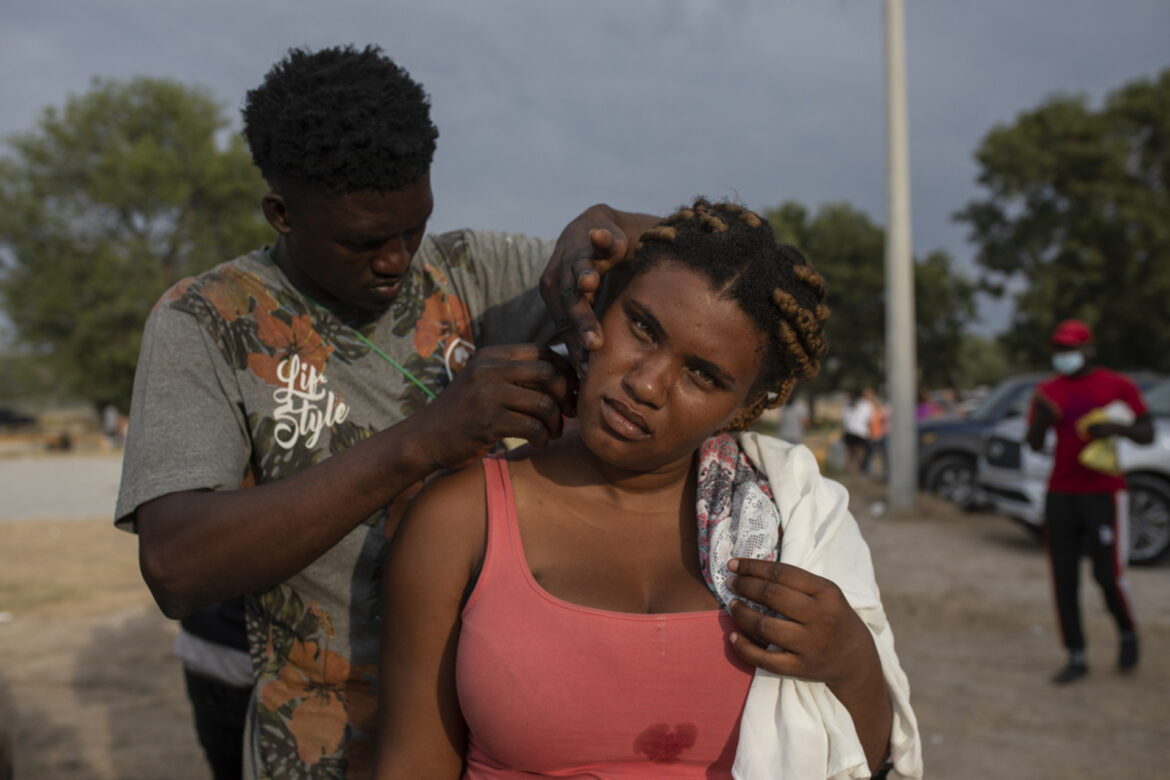 Mexico has begun busing and flying Haitian migrants away from the U.S. border, authorities said Tuesday, signaling a new level of support for the United States as a giant refugee camp in a small Texas border town presented President Joe Biden with a humanitarian and increasingly political challenge.

Mexico has helped at key moments before. It intensified patrols to stop unaccompanied Central American children from reaching the Texas border in 2014, allowed tens of thousands of asylum-seekers to wait in Mexico for hearings in U.S. immigration courts in 2019 and, just last month, began deporting Central American migrants to Guatemala after the Biden administration flew them to southern Mexico.

Marcelo Ebrard, Mexico’s foreign relations secretary, said Tuesday he had spoken with his U.S. counterpart, Secretary of State Antony Blinken, about the Haitians’ situation. Ebrard said most of the Haitians already had refugee status in Chile or Brazil and weren’t seeking it in Mexico.

“What they are asking for is to be allowed to pass freely through Mexico to the United States,” Ebrard said.

Two Mexican federal officials, who requested anonymity because they were not authorized to speak publicly, confirmed Mexico’s actions.

One of the officials said three busloads of migrants left Acuña on Tuesday morning for Piedras Negras, about 55 miles (90 kilometers) down the border, where they boarded a flight to the southern city of Villahermosa in the state of Tabasco.

The other official said there was a flight Monday from the northern city of Monterrey to the southern city of Tapachula near the Guatemala border. Tapachula is home to the largest immigrant detention center in Latin America. The flight carried about 100 migrants who had been picked up around the bus station in Monterrey, a hub for various routes north to the U.S. border.

The second official said the plan was to move to Tapachula all Haitians who had already solicited asylum in Mexico, since Tapachula is where most of them would have applied and they can only legally remain in Mexico while their case is processed if they stay in the south.

The Haitian migrants who are already in Mexico’s detention centers and have not requested asylum will be the first to be flown directly to Haiti once Mexico begins those flights, according to the official.

Around Ciudad Acuña, Mexican authorities were stepping up efforts to move migrants away from the border. There were detentions overnight by immigration agents and raids on hotels known to house migrants.

“All of a sudden they knocked on the door and (yelled) ‘immigration,’ ‘police,’ as if they were looking for drug traffickers,” said Freddy Registre, a 37-year-old Venezuelan staying at one hotel with his Haitian wife, Vedette Dollard. The couple was surprised at midnight.

Authorities took four people plus others who were outside the hotel, he said. “They took our telephones to investigate and took us to the immigration offices, took our photos,” Registre said. They were held overnight but finally were given their phones back and released. Authorities gave them two options: leave Mexico or return to Tapachula.

On Tuesday afternoon, they decided to leave town. They bought tickets for a bus ride to the Gulf coast state of Veracruz, planning to continue to Tapachula where they had already applied for asylum.

Others left without being told. Small groups arrived at Ciudad Acuña’s bus station Tuesday to buy tickets to Veracruz, Monterrey and Mexico City. The same bus lines prohibited from selling them tickets for rides north through Mexico, sold them tickets to head south without issue.