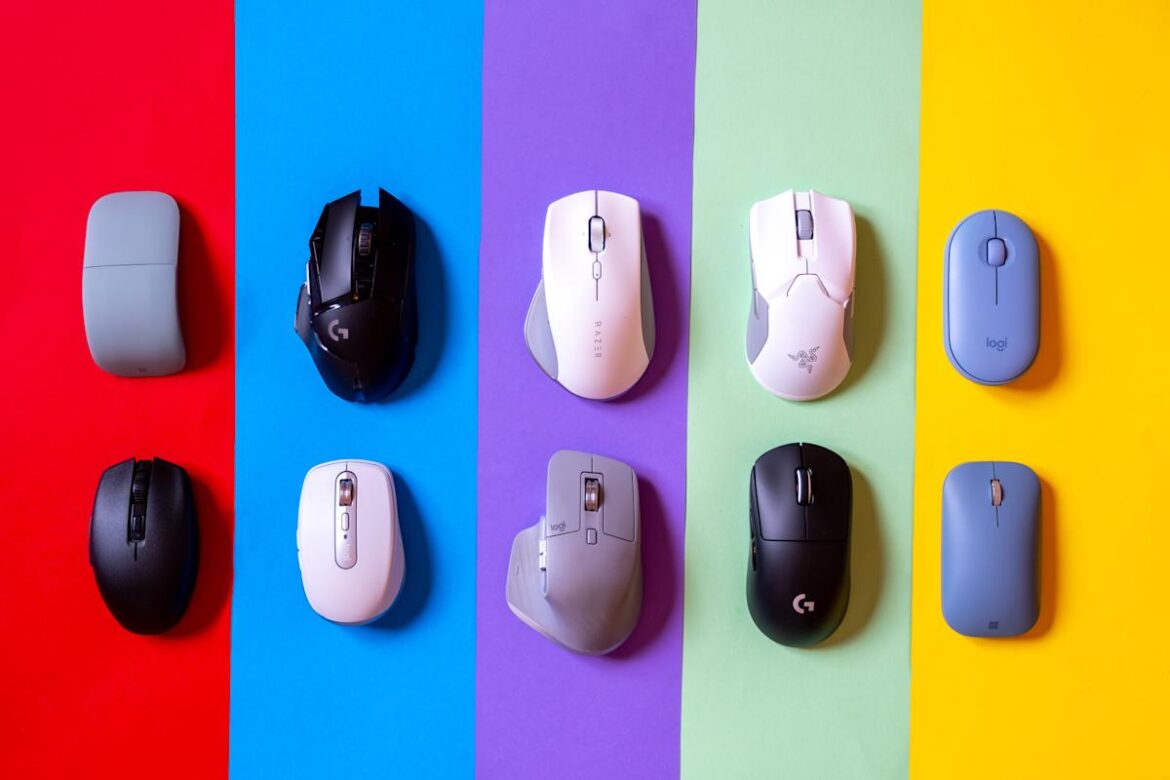 When you buy a new PC, it’s easy to focus on the big three: Processor, graphics and RAM (sorry storage fans, that’s a close fourth). It’s the little things that are simple to overlook. I say that with the confidence of someone that just migrated over from a decade-old iMac to a part-picked PC. The rig I ended up with is solid, I had a nice keyboard already, but oh boy do I really need a new mouse.

Mice are not sexy computer peripherals. But if, like me, you spend at least eight hours a day with your hand on one, they’re more important than we give them credit for. My old Magic Mouse could have made the move from MacOS to Windows, but I was already negotiating some pretty bad RSI and the internal battery was starting to waiver. Not least of all, I wanted something that I could charge and use at the same time — the temerity, I know.

Not to mention, since the advent of devices such as the Stream Deck and the Loupedeck Live I have developed a taste for physical, assignable controls. Also, as a recent convert to the world of mechanical keyboards, I was hoping there was a similar world of boutique, bespoke options. It turns out that mice are still a largely off-the-shelf affair, but I was determined to get through some of the more promising options and find something I could live with, possibly for another decade.

My requirements? Fairly simple, but a little more than just something I can comfortably click links with. Top of the list: Ergonomics. The Magic Mouse is… fine, but a little low profile for my palming style. Given my RSI was exclusively in my mousing arm, I figured there’s a good chance ergonomics were to blame.

Second: I want something that is reasonably configurable. I don’t need to pull off several complex gaming moves; I just want to have things like volume control or the ability to switch between desktops at my fingertips. Thirdly, battery life. I am trying to lose as many cables as I can, so the longer I can go between charging/without a cable around, the better.

That’s kinda it. It’s not a big ask but I soon learned there was always some mental bargaining going on trying to find the best balance. I also wanted to see what a modern mouse can offer beyond those requirements as, who knows, maybe there’s something I never knew I wanted or I have the sudden urge to get into Dota 2. Enter, the story I thought I’d never write: An 11-way PC mouse shoot out.

Google around for “the best PC mouse” and you’ll find one answer: Logitech’s MX Master 3. You might see a few mentions of others — like the Razer Pro Click and Microsoft’s Surface Precision mouse — but the reviews are clear that the MX 3 Master is the one.

I looked at all three of these, and honestly, there’s not a lot in it. All of them cost $100 and all of them meet my basic requirements of decent ergonomics, configurable buttons and solid battery life. The latter is the hardest to quantify thanks to how each manufacturer likes to define “time.” For Logi’s MX 3 Master it’s “70 days.” Razer on the other hand touts the Pro Click as lasting between 200 and 400 hours depending on whether you use their USB dongle or Bluetooth respectively (that’s 8-16 “days” but it’s not clear if this is “in use”).

Microsoft’s Surface Precision is listed as “up to 3 months” which I somehow read with an implied shrug on their part. It’s hard to know whether those are active use or “the mouse is on and it’s on your desk.” The better news is that all of them can be charged while you use them. In practice, I found the MX Master 3 to last the longest, but also needing a charge way sooner than its 70 days claim (I’ve had it here barely a month and already had need to charge it).

Of this trio, the Pro Click offers the most configurable buttons (8). The MX Master 3 is a close second (7) but has the advantage of a second scroll wheel near the thumb. In reality, two of Razer’s “buttons” are side-clicks on the scroll wheel — typically these default to sideways scroll, the same as Logi’s thumb dial does. The net result is that I found the MX Master 3 slightly more configurable for my use cases. The thumbwheel is perfect for switching between desktops — something I do a lot, which would occupy two slots on the Razer meaning, effectively, the MX Master 3 has one more spare button in this setup.

Additionally, there’s a button on the MX master 3 located just under where your thumb rests. This can be used for almost anything, but by default, it activates something called “gesture control,” which lets you assign certain tasks to, you guessed it, different gestures. I gave the gesture controls a spin and they seemed pretty helpful, but the usefulness soon dissolved when I found I wasn’t always able to ace the gesture on the first attempt.

For its part, Microsoft’s Surface Precision mouse offers six buttons and includes left/right clicks on the scroll wheel, putting it about on par with Razer and a shade under the MX Master 3 for configuration dorks like me.

All three companies offer companion software — Microsoft’s is built right-in to Windows. It’s worth noting that Logitech makes a distinction between its office mice and its gaming mice which I’ll get to later (basically, different software with different configuration options). The short version is each gets its own software and what you can do there differs which will be a key factor if considering a variety of their models..

I found Logitech’s Options software the most straightforward with a deep selection of Windows commands, media controls, shortcuts and navigation tools on offer. You can also assign keystroke combinations if something you need isn’t listed. On top of that there are options for app-specific buttons which means you can, for example, have right-click do one thing in Photoshop but something totally different in Chrome. Logitech doesn’t offer full macros in Options though, so more complex commands are off the table via the native software.

Razer’s Synapse also offers app-specific controls alongside a wealth of predefined media and OS shortcuts, but perhaps less comprehensive than those found in Options. That said, you do also have full macro support: Simply hit record and whatever you do next can be converted into a single click of the mouse. There’s even “HyperShift” which means you can add a second layer of commands while holding down an allocated button.

Microsoft’s Mouse and Keyboard Center is no slouch either with some decent shortcuts on offer and support for both macros and app-specific controls. Though, overall, it’s perhaps less in-depth than both Logitech and Razer’s companion apps.

On a more minor note. During my time with MacOS I joined the dark side of “natural scroll.” It’s not a deal-breaker for me, as I don’t mind regular scroll, but Logitech and Microsoft both offer reverse scrolling as a setting, Razer doesn’t appear to — though you can work around this in other ways of course.

All the above mice offer the flexibility of both Bluetooth and 2.4Ghz wireless connectivity, can be used while cabled and support multi-device (at the same time) modes, if that’s your thing.