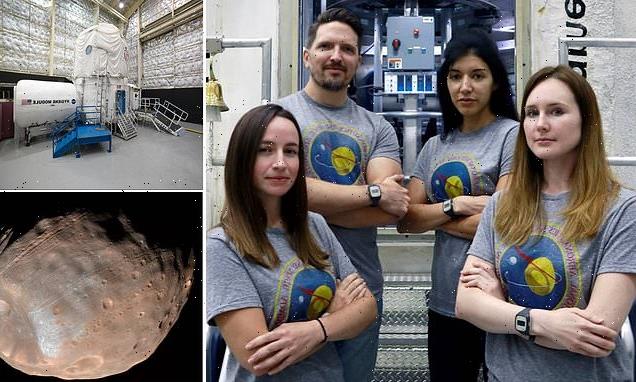 NASA has picked four people to spend 45 days trapped in a capsule four times small than a tennis court to see if they could cope with a journey to Mars’ moon Phobos.

These experiments are designed to give agencies a better idea of how humans would interact and cope during a long space journey.

The volunteer research subjects start their virtual journey to Phobos on October 1, in a ground-based habitat at NASA’s Johnson Space Center in Houston, Texas.

The mission is designed to serve as an analog for isolation, confinement, and remote conditions in exploration scenarios, with the group re-emerging on November 15.

Their home for the 45 days will be a small habitat called the Human Exploration Research Analog, or HERA – with collected data informing the design of future missions to the Red Planet, expected to happen in the 2030s.

HERA is a two-story, four-port cylindrical habitat unit with a total of 636 sq. ft of living space, designed to replicate the living space on a long duration spaceship. 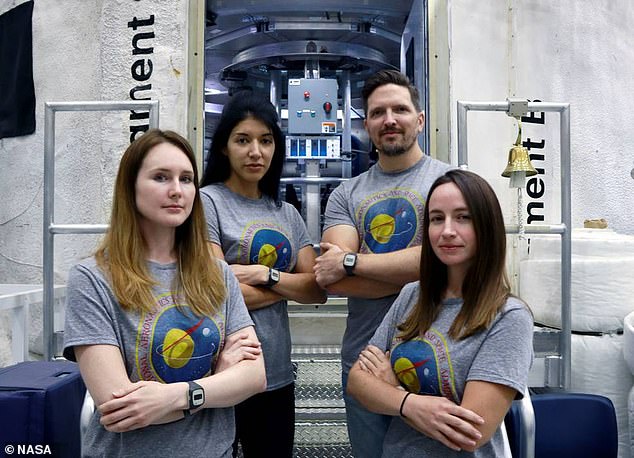 The crew who will spend a month and a half together are (l-r): US Air Force researcher Dr Lauren Cornell, human systems engineer Monique Garcia, space station project engineer Christopher Roberts, and microbial ecologist Madelyne Willis 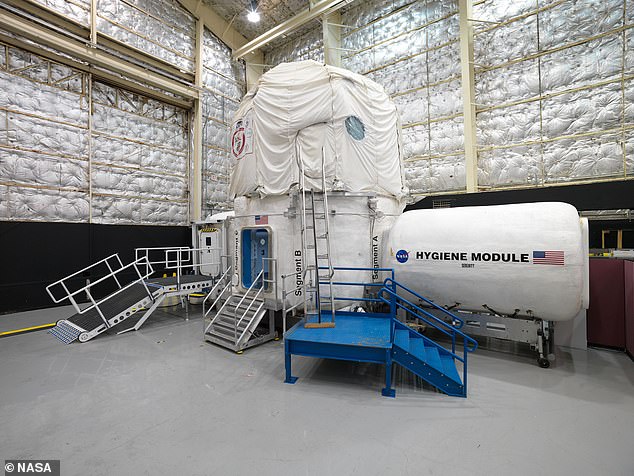 It provides a simulation of isolation, confinement and remote conditions astronauts will experience during exploration mission scenarios.

The crew come from a range of backgrounds and specialisms.

HERA will house crew members who will simulate the long trek to Mars’ largest and innermost moon Phobos.

While not a target for a future crewed landing itself, the unusual scenario will have some similarities to future planned missions to the Red Planet.

Also, Phobos will be visited by a probe from the Japanese space agency JAXA in the coming decade.

JAXA plans to land on Phobos, collect samples of soil that could include ancient dust blown from Mars, and return them to the Earth.

Similar to other HERA missions, once the habitat’s doors close, the crew will need to stay inside for 45 days until the mission ends on November 15, 2021.

As the simulated journey takes crew members closer to Phobos, those inside will experience increasing delays in communicating with the outside world.

When the simulation successfully brings the crew to Phobos, this delay will last up to five minutes each way.

This is designed to simulate speed of light delays a real crew would suffer.

Such delays will force the crew — and those coordinating their journey — to practice communicating in ways that minimise impacts to mission operations.

NASA says this practice would also allow the crew sufficient autonomy to accomplish the mission without referring every decision to mission control.