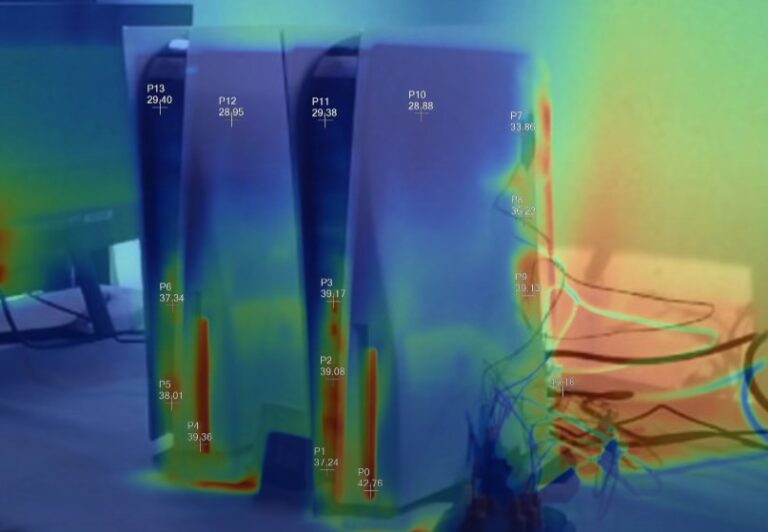 A new analysis of Sony’s updated PlayStation 5 model has suggested that some of its components could actually run cooler than in the original hardware.

Last month YouTuber Austin Evans was among the first influencers to obtain the new PS5 (which quietly went on sale in several regions in August) and criticised the revised hardware’s significantly reduced heatsink, which he suggested was causing the console to run hotter.

However, a more in-depth analysis by YouTube channel Hardware Busters has shared more positive results from its own temperature tests.

Unlike Evans’ results, which were taken by measuring the temperature of the new PS5’s exhaust vents, Hardware Busters has measured the temperature of the console’s internal components and concluded that despite having a smaller heat sink, the console’s CPU actually runs cooler in the new model.
New test suggests the revised PS5 model actually runs cooler

It’s worth noting that because the YouTube channel only tested one new PS5 console, manufacturing variance could be a factor in its results, and Hardware Busters suggests this likely contributed to the vast difference in its CPU temperatures.

“They have exactly the same fans, power consumption is about the same, fan speed is also the same… the only difference is in the heat sink,” it said of the new and old PS5 models.

“It’s evident now that the heat sink in the new PlayStation 5 performs better… yes, it is smaller and weighs 300g less in the new model, but it is more effective. I measured 11C lower CPU temperature on the new PS5 model.

“The memory difference… yes, it was 8C higher in the new model, but what matters the most is CPU temperature. The new heat sink looks to be better according to my data.”

Austin Evans’ previous test suggested that the new PS5 model was emitting around 3C more heat from its vents than the launch console. However, it was noted at the time that this could easily mean that the new model was simply blowing out heat more efficiently, rather than running hotter components.