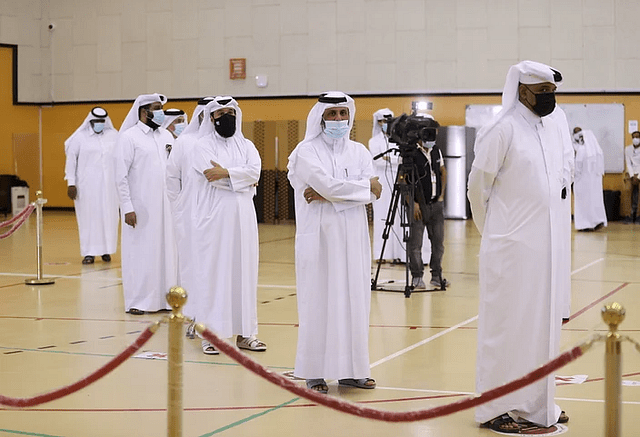 No female candidate has won the first election to the Legislative Assembly (Shura Council) in Qatar on Saturday. 26 women contested in the election. They are disappointed that voters did not support any woman candidate in this important election in the Emirate-ruled Gulf country. AFP and Reuters news.

The polls were held in 30 of the 45 seats in the legislature. The rest of the seats will be filled by the Emir of Qatar. Political parties are banned in the country. In this case, the council will have the opportunity to approve a limited number of laws and policies in this small but rich country.

According to Qatari state television, the turnout was 63.5%.

The rights and responsibilities of the nominated and elected members of the legislature will remain the same. They will approve the general policy and budget of the government. In addition, they will have control over the executive authority.

Ayesha Hammam, 59, is a nursing manager at an organization in the Markhia area of ​​Dohar. She called on Qatari women to speak out and vote for strong women candidates in the future.

Jasim is one of the women candidates participating in the election. He said some men felt that women could not stand in elections. He has accepted their challenge by contesting the elections.

Highlighting her administrative skills, the defeated female candidate said that in her election manifesto, she focused on healthcare, youth employment and retirement. Despite losing the election, he sees himself as a strong and capable candidate. “I consider myself as fit as a man,” he said.

You can make me feel weak, that’s up to you. But I am not weak. ‘
Meanwhile, a male candidate named Al-Jasim (65) said that he supported the participation of women candidates in the elections. But she thinks women’s primary job is to manage the family. This is a very important issue.

Many women voters have expressed frustration over the defeat of all women candidates. “I am not happy,” said Shamma, a voter. Because, all the male candidates have won. To be honest, I’m surprised. The vote did not go smoothly, ”he said, adding that he hoped Amir would include women among his nominees to address the imbalance in gender representation.

It is unknown at this time what he will do after leaving the post. “Five seats will be enough for women,” Shamma told AFP. Because, I think only one woman can change the world. ‘

Meanwhile, Ebtesham Al-Saad, a popular Qatari writer, wrote on Twitter to console the losing women candidates: “You have lost the battle but you have won the battle to participate.”