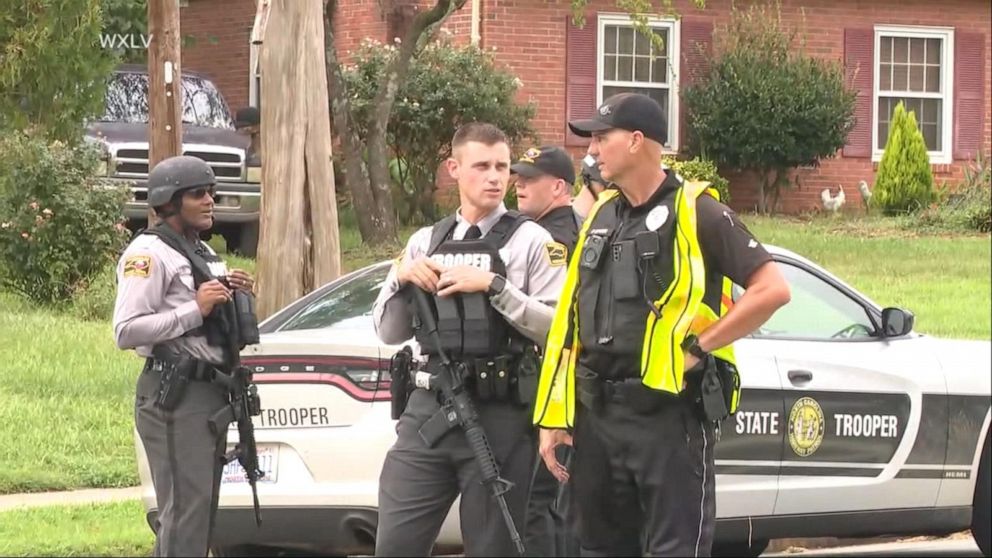 Police arrested a suspected gunman who killed a student Wednesday during a shooting at a North Carolina high school hours after he fled the scene, officials said.

The takedown occurred following a shooting at Mount Tabor High School in Winston-Salem. Authorities responded just before 12:10 p.m. to reports of a shooting where they were informed that a student was wounded and a suspect, also believed to be a student, was on the loose, an emotional Winston-Salem police Chief, Catrina Thompson, told reporters.

The school immediately went into lockdown, she said. Authorities identified the victim as William Chavis Raynard Miller Jr. They did not divulge his age or his year in high school.

“Medical responders began life-saving measures and the injured student was transported to Wake Forest University Baptist Medical Center, where he succumbed to his injuries,” Thompson said.

“We have a mother and a family that will not be able to hug their child tonight,” she added.

No other students were harmed but one had a seizure as the events unfolded, the chief said. She also dispelled rumors that more than one student had been shot.

The Forsyth County Sheriff’s Office announced that the suspect had been taken into custody shortly after officials briefed the media on Wednesday’s events. The suspect’s identity was not released.

During a news conference, Sheriff Bobby Kimbrough said he spoke with Miller’s mother.

“On the way down here I called her because I wasn’t going to say his name,” he said. “And she said ‘Say his name.’ That’s why I said his full name.”

“I haven’t cried in a while, but I’ve been crying since I left the hospital,” Kimbrough added.

Hours after the shooting, authorities said all the other students were safe and had been taken to the Harris Teeter grocery store, where they reunited with their parents. The Winston-Salem Police Department said there was a disturbance at the Harris Teeter site but no one was shot, contrary to chatter on social media.

“We and the WSPD have secured the campus and are doing everything possible to keep students safe,” the sheriff’s office tweeted as the situation unfolded. “We are actively investigating what happened and will share confirmed information as appropriate.”

The high school, which has an enrollment of more than 1,500 students, and other nearby schools were placed on lockdown out of an abundance of caution but no other incidents were reported, police said. Agents with the Bureau of Alcohol, Tobacco, Firearms and Explosives (ATF) office in Charlotte also responded to the scene.

“When law enforcement completes that task and puts their case together, this will be treated as we treat all other crimes committed in schools,” he said.

A couple told Fox affiliate WGHTV that their daughter was at the school at the time of the shooting but that they have gotten in contact with her and she is safe.

“Your heart stops for a few minutes until you finally get in touch with them,” the father said.

Christopher Johnson said that his son told him that he heard the gunshots while in the school gym and students were told to hide because there was an active shooter on campus.

“You see stuff like this in the media,” Johnson, whose son was still at the school awaiting transportation to a pickup point, told the Associated Press. “It’s scary to know that it actually reached out and touched you this time. My son’s not a victim, but he’s part of this and he’ll probably remember this forever.”

North Carolina Gov. Roy Cooper, a Democrat, said he has been briefed about the shooting.

“For the second time this week, we have seen a shooting in a North Carolina school,” he said in a statement. “Our prayers are with the victims, their families and all the students of Mt. Tabor High School in Winston-Salem.”

“We must work to ensure the safety of students and educators, quickly apprehend the shooter and keep guns off school grounds,” he added.

The Associated Press contributed to this report.