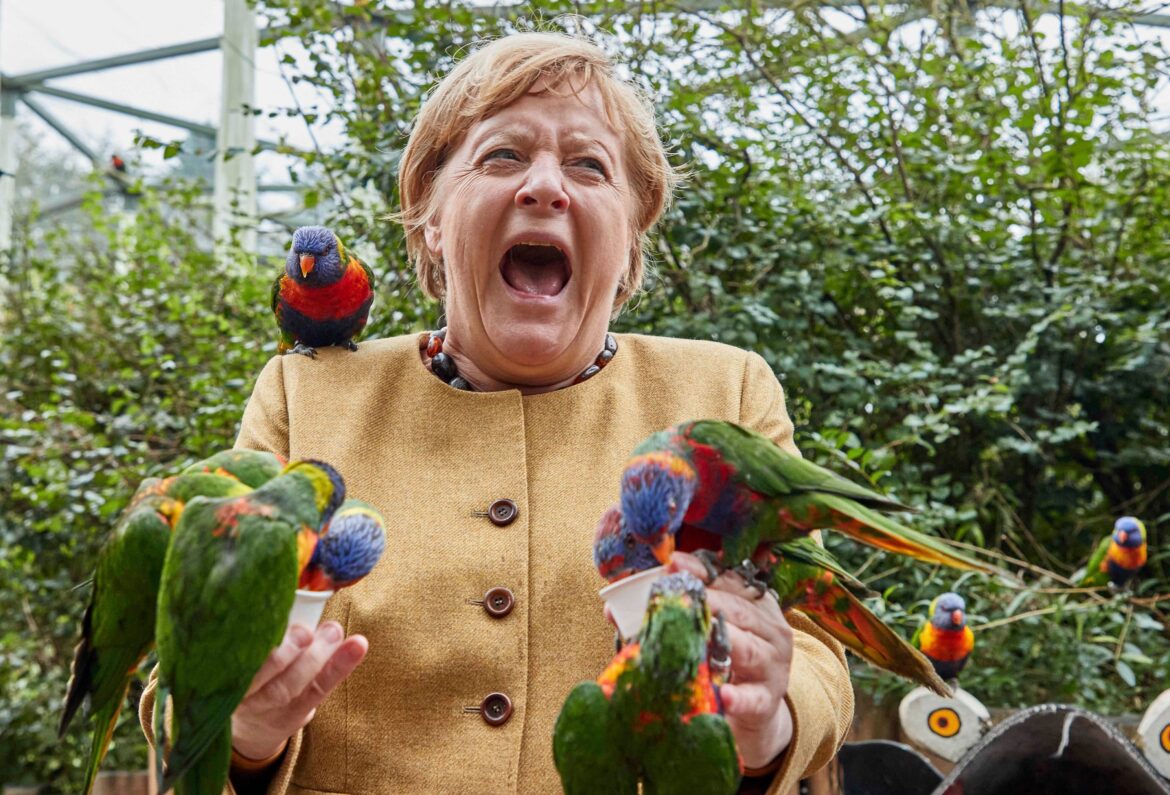 Outgoing Chancellor Angela Merkel provided a rare splash of color amid Germany’s staid election campaign while visiting a bird park where she posed with half a dozen parrots.

Not content with the bird feed on offer, one of the rainbow lorikeets took a peck at the long-time German leader’s hand, prompting a theatrical scream from Merkel.

Merkel, who is not running for a fifth term, visited the northeastern state of Mecklenburg Western-Pomerania on Thursday to promote the center-right Union bloc’s candidate in the constituency she has held since 1990.

Germany holds a national election Sunday that will determine the composition of parliament. The strongest party usually ends up leading a new government and will name a new chancellor, who needs to be confirmed by a majority of lawmakers.