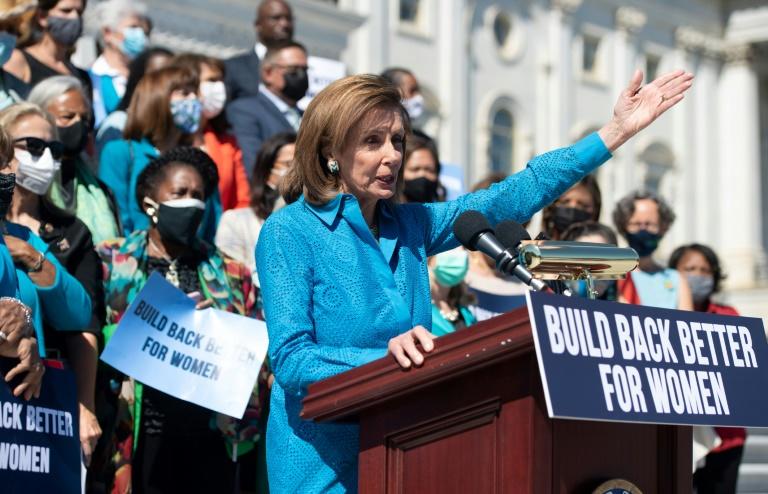 Speaker writes to House Democrats insisting that they will pass both bipartisan bill and wider social and environmental package.

The House speaker, Nancy Pelosi, has set a new deadline for the House to pass a major infrastructure spending bill after a week of negotiations left Joe Biden’s social and environmental policy overhaul plan in a limbo.

In a letter to House Democrats on Saturday, Pelosi said that the House will have until Sunday 31 October to pass the $1tn bipartisan infrastructure bill, which passed the Senate in August.

Progressive Democrats in the House refused to vote on the bipartisan infrastructure bill, despite pressure from their moderate counterparts, as leverage in negotiations over a separate bill that contains massive spending on many of Biden’s campaign promises, including increased access to childcare and action on climate change.

“More time was needed to reach our goal of passing both bills, which we will,” Pelosi said in the letter.

Biden and progressive Democrats have advocated an overhaul plan costing $3.5tn, but centrist Democrats have refused to agree to that cost. Senator Joe Manchin of West Virginia, a key centrist in negotiations, proposed a package of $1.5tn, a significant cut to Biden’s original plan.

Refusing to agree on a price that low, progressive Democrats in turn declared on Friday that they would stall a vote on the bipartisan infrastructure bill until an agreement is reached on the overhaul plan.

“We made all these promises to voters across the country that we were going to deliver on this agenda. It’s not some crazy leftwing wishlist,” Pramila Jayapal, chair of the Congressional Progressive Caucus and a key House negotiator, told the Seattle Times on Friday.

“We cannot let this small faction on the far left … destroy the president’s agenda and stop the creation of 2 million jobs a year,” Gottheimer said in a statement.

Talking to reporters on Saturday morning before he boarded a flight to his home in Delaware, where he is staying for the weekend, Biden said he was going to “work like hell” on selling his plan directly to the American people over the next month, educating Americans on what he has in mind for the plan.

Reflecting on the simmering angering between progressives and centrists in his party, Biden said: “Everybody’s frustrated. It’s a part of being in government, being frustrated.”

In a rare visit to Congress, Biden told House Democrats in a private meeting on Friday that he is determined to get both bills passed, even if it means a smaller price tag for his government overhaul bill. Biden reportedly said that a compromise top line could be between $1.9tn and $2.3tn.

In addition to negotiations over the overhaul bill, Democrats in Congress are trying to figure out a way to raise the debt ceiling to avoid the US defaulting for the first time in history. Republicans have indicated they will not vote in support of raising the debt ceiling.

On Saturday, Biden told reporters that he hopes Republicans will not “be so irresponsible as to refuse to raise the debt limit”.

“That would be totally unconscionable. Never been done before. And so I hope that won’t happen,” he said.