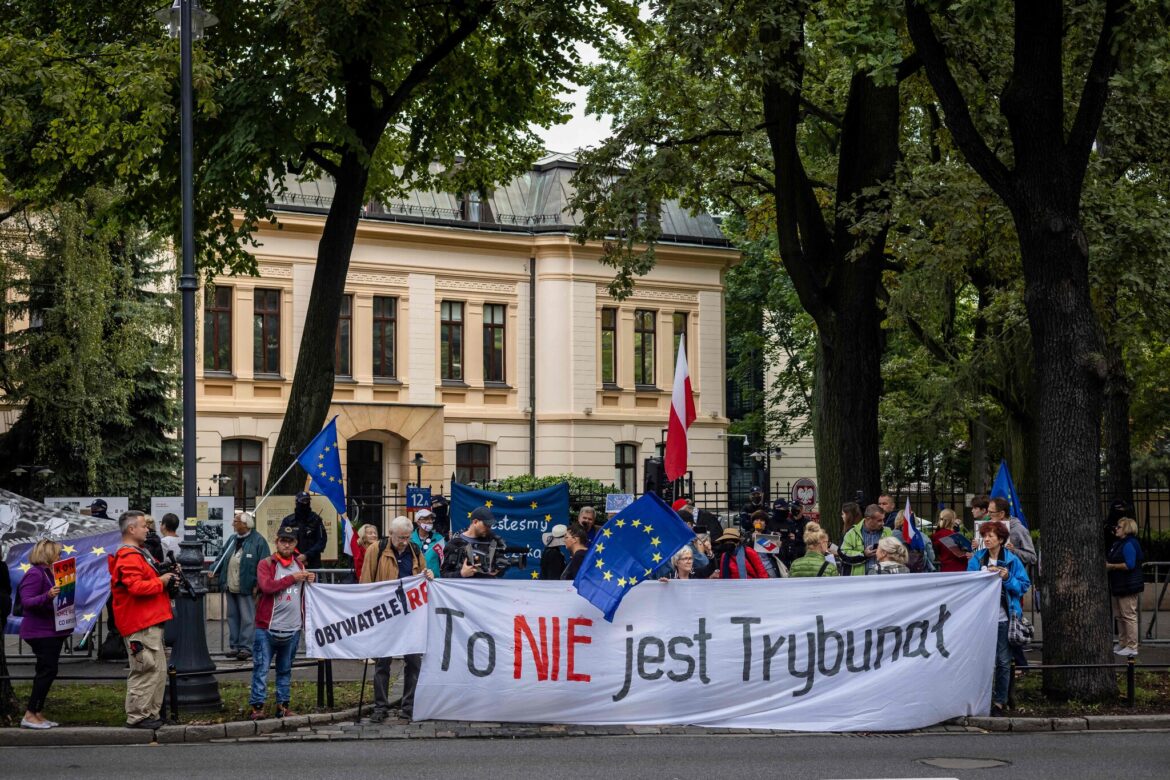 The ruling challenges the supremacy of European law, a cornerstone of the continent’s push for an “ever closer union” since it began more than 60 years ago.

Poland’s constitutional court on Thursday set up a head-on collision with the European Union by ruling that the country’s constitution trumps some laws set by the bloc, a decision that threatens to dissolve the glue that holds the union’s 27 members together.

The ruling, issued in Warsaw by the Constitutional Tribunal after months of delays in a closely watched case, effectively challenges the supremacy of European law, a cornerstone of the continent’s push for an “ever closer union” since it began more than 60 years ago.

The judgment could raise perilous long-term questions about the future European Union membership of Poland, the most populous and economically important nation in a group of former communist states that joined the bloc after the collapse of the Soviet empire.

The case began in April when Poland’s prime minister, Mateusz Morawiecki, of the deeply conservative ruling party, Law and Justice, filed a request that the Constitutional court analyze the “collision between the norms of the European law and the national constitution.”

The 12-member tribunal that issued Thursday’s ruling is headed by Chief Justice Julia Przylebska, a close personal friend of Law and Justice leader Jaroslaw Kaczynski, a longtime critic of what he sees as attempts by Brussels to restrict Polish sovereignty and push policies on L.G.B.T.Q. rights and other issues he says are at odds with Polish norms.

Ms. Przylebska, reading the judgment in court on Thursday, said that certain European laws were unconstitutional and could not be honored in Poland because this would prevent the country functioning as a “sovereign and democratic state” and would “stop the Polish constitution being the supreme law of Poland.” The European Union, she added, “acts outside the competence delegated to it in the treaties.”

After years of squabbling between Brussels and Warsaw, the European Court of Justice in July ordered Poland to dismantle a new disciplinary system for judges, introduced by the right-wing government as part of what it described as a drive to reform the judiciary and root out communist-era influence.

Law and Justice’s leader in August indicated that Poland might follow the order, at least partially, but has since backtracked, leaving the government to press on with its case before the constitutional court, based on arguments that the Polish constitution, not E.U. courts, must be the ultimate legal arbiter.

The government has said it has no intention of leaving the union, which has provided billions of dollars in funding and which, according to opinion polls, enjoys overwhelming public support.

“The Polish government wants to have its cake, and eat it too,” said Anna Wojcik, a researcher at the Polish Academy of Sciences, who specializes in the rule of law.

“They want to stay in the European Union, because this is what 90 percent of Poles support, but at the same time they want to free themselves from the European rulings concerning the judiciary.” she said.

The European Commission, the executive arm of the bloc, has made clear it will not accept that, while avoiding any statements that would cast in doubt Poland’s future membership in a bloc that is still recovering from the shock of Britain’s 2016 vote to leave.

The disputed disciplinary system for judges, said Ms. Wojcik, “touches on the fundamental issue of the right to effective judicial protection” and threatens “the European legal order.”

Brussels has hit back at Poland’s previous refusal to dismantle the disciplinary system by asking the European court to impose a penalty of up to $1.2 million per day on Poland. In a further sign of rising tension, the commission last month acknowledged that it was withholding $42 billion in payments to Poland from the bloc’s coronavirus recovery fund because of the country’s challenges to the supremacy of E.U. law.

Donald Tusk, a former prime minister who returned to Warsaw this year to rally opposition to Law and Justice after serving in Brussels as president of the European Council, warned in July that efforts by his home country and Hungary to challenge the bloc’s fundamental rules risked pushing Europe onto a path of disintegration. But he said there would be no imminent collapse and the process would take many years.

Asked by a judge Thursday about the possibility that Poland might have to eventually leave the bloc, the government’s representative in court said that was not an issue because the case was focused on narrow legal questions, not about Poland’s membership.