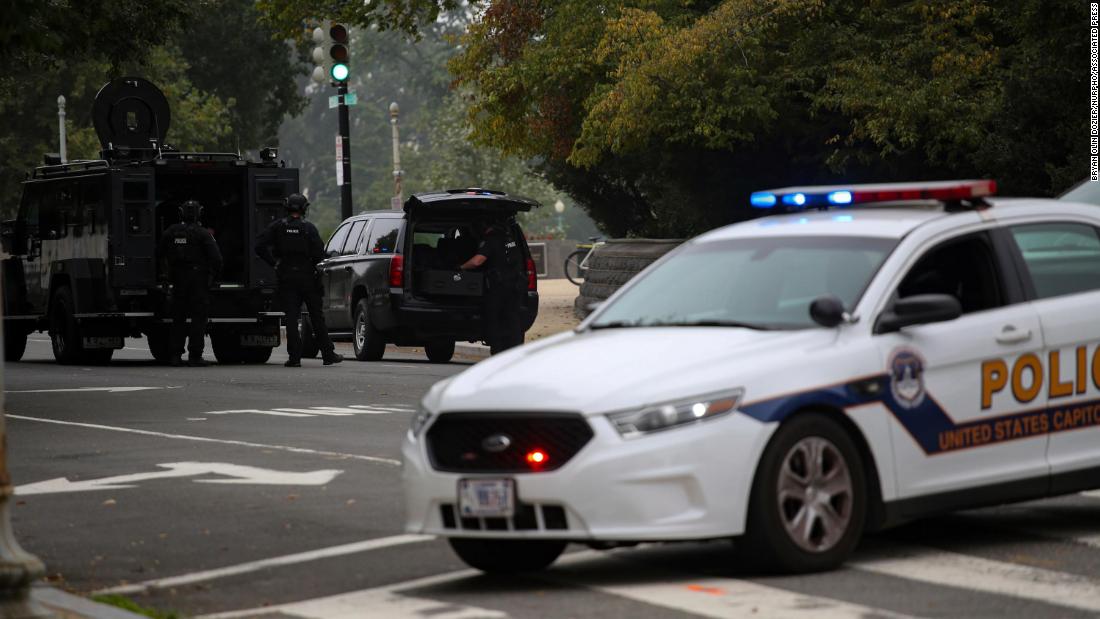 US Capitol Police on Tuesday took into custody a suspect from a “suspicious vehicle” parked near the Supreme Court after giving the person commands and using a flash bang device.

They said in a news conference Tuesday afternoon they don’t know what motivated the man who they identified as Dale Paul Melvin, 55, from Kimball, Michigan.
“It’s still an active investigation. We don’t have motivation at this time,” Deputy Chief Jason Bell, the field commander in Tuesday’s operation, said at a press conference.
Bell said the man pulled his SUV up to the Supreme Court at 9:30 a.m. ET and illegally parked there.
The Supreme Court, which returned to in-person arguments for the start of a new term Monday, was hearing arguments again Tuesday in the courtroom.
“Our officers immediately responded. The man refused to talk, made a statement to the effect of ‘time for talking is done.’ At that time, we backed off,” Bell said.
That’s when Bell said that crisis negotiation officers attempted to speak with the man, who was refusing. At about 11 a.m., Bell said, “Our teams moved in and removed him from the vehicle and placed under arrest.” Bell added that no weapons have been found.
More than a half-dozen law enforcement vehicles, including a tactical vehicle, could be seen in the area earlier Tuesday after USCP said on Twitter they were investigating a “suspicious vehicle” and closed roads in the area.