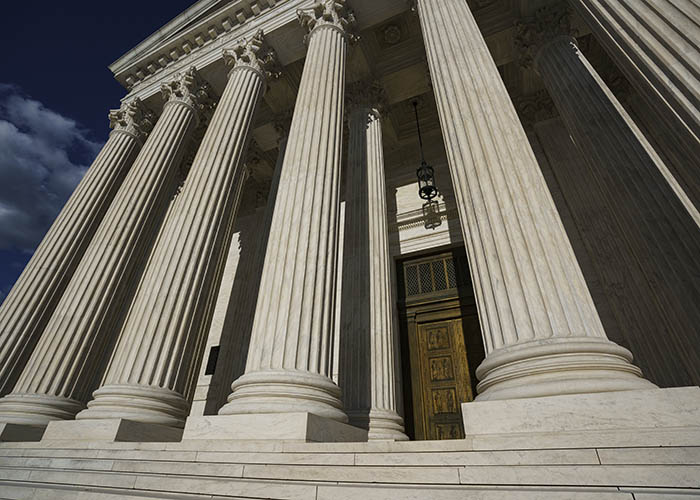 If you want to understand the interplay between religious faith and politics at this moment, Ruby Cramer is out with an essential read on President JOE BIDEN’s very public, very personal clash with the Catholic Church over his support of abortion rights.

“He is a president who built his life in politics around the idea of faith, not in some vague way, but in a specifically Catholic way,” Ruby writes. “When he explains himself to the world, it is through Catholic social doctrine and the Catholic institutions he loved: the nuns, the schools, the culture. And yet he has arrived in the White House to discover that he is viewed suspiciously not by non-Catholics for being too Catholic, but rather by members of his own faith for not being Catholic enough. It was his position on abortion — and his decision in the Democratic primary to finally oppose the Hyde Amendment, the measure banning public funding for most abortions, the one thing he resisted for decades — that helped him win the White House after three decades and three presidential campaigns, but immediately made him a target of his own church.”

The debate over abortion is again moving to the front and center of American politics.

— One thing driving it: GOP dominance at the state level. Democrats control the White House, Senate and House. But GOP control of state and local governments has brought about something of a “provincial policy renaissance” for conservatives, WaPo’s Michael Sherer writes — including the spate of novel new restrictions on voting and abortion rights.

— Which led to Texas’ sweeping new abortion ban. The law blocks abortion after the sixth week of pregnancy — even in cases of rape — and allows anyone to sue a private citizen they suspect of having aided in such an abortion, including, for instance, an Uber driver who takes a woman to a clinic. Successful plaintiffs get a minimum of $10,000 and their legal fees paid for; successful defendants don’t get to recoup their costs. (Here’s a name you should learn: JONATHAN F. MITCHELL. He’s a 45-year-old litigator, Federalist Society member, former clerk to Justice ANTONIN SCALIA — and the legal mind behind the enforcement mechanism, writes WSJ’s Jacob Gershman.)

— Suddenly, stories that weren’t great political terrain for Biden and Democrats — the fallout from the Afghanistan pullout, the new Delta surge, humdrum new employment numbers, etc. — were replaced by the Texas news, then the Supreme Court non-ruling — a storyline that Democrats know will motivate their liberal base and potentially drive moderate women to the polls.

And that’s giving Democrats big hopes both in upcoming elections and for 2022. They can use what’s happening in other states — and the judiciary’s non-intervention — to nationalize their campaigns. All of these changes may end up provoking a backlash that motivates turnout for Dems in the midterms.

Democrats have two early trial runs of this approach in the next few weeks:

— California: “Gov. GAVIN NEWSOM is making abortion rights a central theme in his campaign to hold on to his office after a Texas ban on most abortions took effect this week, arguing Californians’ rights could be also be jeopardized if he’s replaced as governor by Republican LARRY ELDER,” reports the Sacramento Bee’s Sophia Bollag.