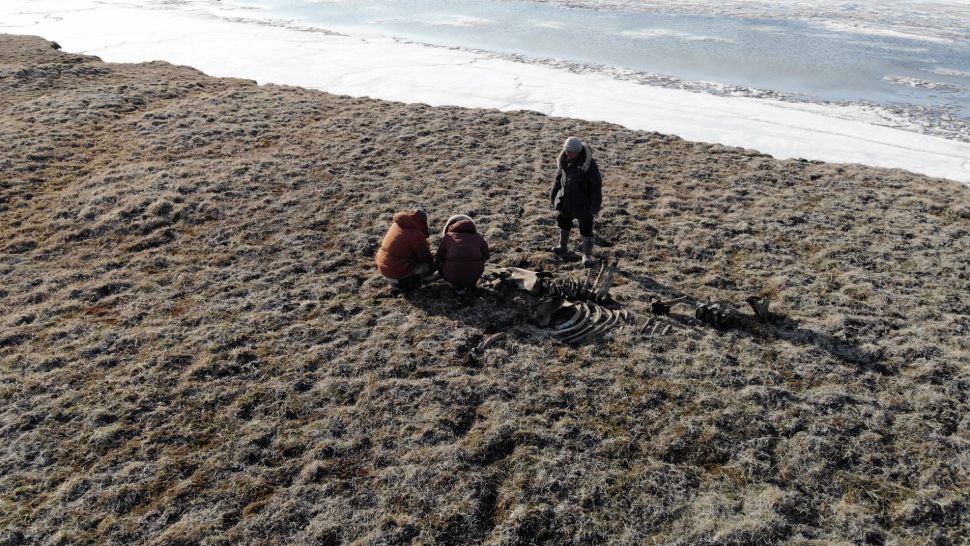 Ancient cut marks on mammoth bones unearthed on a remote island in the frozen extremes of Siberia are the northernmost evidence of Paleolithic humans ever found, according to archaeologists.

The bones from the woolly mammoth skeleton, dated to about 26,000 years ago, were excavated this summer by a Russian expedition to Kotelny Island, in the far northeast of Siberia — 615 miles (990 kilometers) north of the Arctic Circle.

The team pieced together more than two-thirds of the skeleton — and they found cut marks and notches, made by stone or bone tools, on almost every bone. That indicates the animal was deliberately butchered, probably after it was hunted down by a nomadic band of Stone Age hunters, the archaeologists said.

It’s the northernmost evidence of Paleolithic humans ever found, said expedition leader Alexander Kandyba, an archaeologist at the Institute of Archaeology and Ethnography at the Russian Academy of Sciences’ Siberian branch.

“This suggests that the northern border of human existence in the Pleistocene was much to the north of the generally accepted ideas,” Kandyba told Live Science in an email, referring to the Pleistocene epoch between 2.6 million and 11,700 years ago — the time of the last ice age.

Until now, the northernmost traces of Stone Age humans came from the valley of the Yana River in the Yakutia region of Siberia, and dated to between 27,000 and 29,000 years ago, he said.

“The discovery of this site makes it possible to move the northern border of the existence of ancient man and the development of the territory by him in the Pleistocene by almost 600 kilometers [370 miles] to the north,” he said.

Kotelny Island is the largest of the New Siberian Islands, which are located between the Laptev Sea and the East Siberian Sea, about 150 miles (250 km) off the northern coast of East Siberia.

At the time the mammoth was killed, the sea level was lower, and so Kotelny Island was joined to the mainland. The climate was also milder, although temperatures were still near or below freezing for most of the year.

Archaeologists previously found the fossilized remains of trees on the island, but it’s too cold for them to grow there today. Kandyba’s team discovered the mammoth bones on Kotelny Island in 2019, but it was only during the expedition in July of this year that they could be fully excavated, he said.

The team didn’t find any of the tools that caused the marks, but they did find a large number of ivory shavings and chips that indicated that ancient people had carved into the mammoth tusks. They also found two ivory tools made from the tusks: a small spatula and a strange object that looks somewhat like a squeegee; archaeologists are still trying to determine what it was used for, Kandyba said.

From the bones, the archaeologists gleaned other clues about the lifestyle of the Stone Age hunters. For a start, it seems clear that they hunted mammoths, although other archaeologists have suggested Paleolithic hunters may have avoided such large and dangerous prey in favor of smaller animals, such as reindeer. “I think people hunted all kinds of animals at that time,” Kandyba said.

There was no sign that the mammoth had been trapped before it was killed — a method some archaeologists suggest such hunters may have used.

“The fact that the skeleton of the mammoth was located on the slope of an ancient terrace suggests that the animal was definitely killed in the open air, and not in a mud trap,” he said.

The findings from the latest research on the mammoth skeleton and the evidence that it was butchered by Stone Age humans are now being prepared for publication in a scientific journal, Kandyba said. 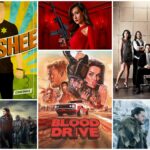 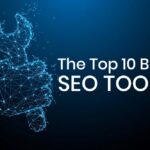