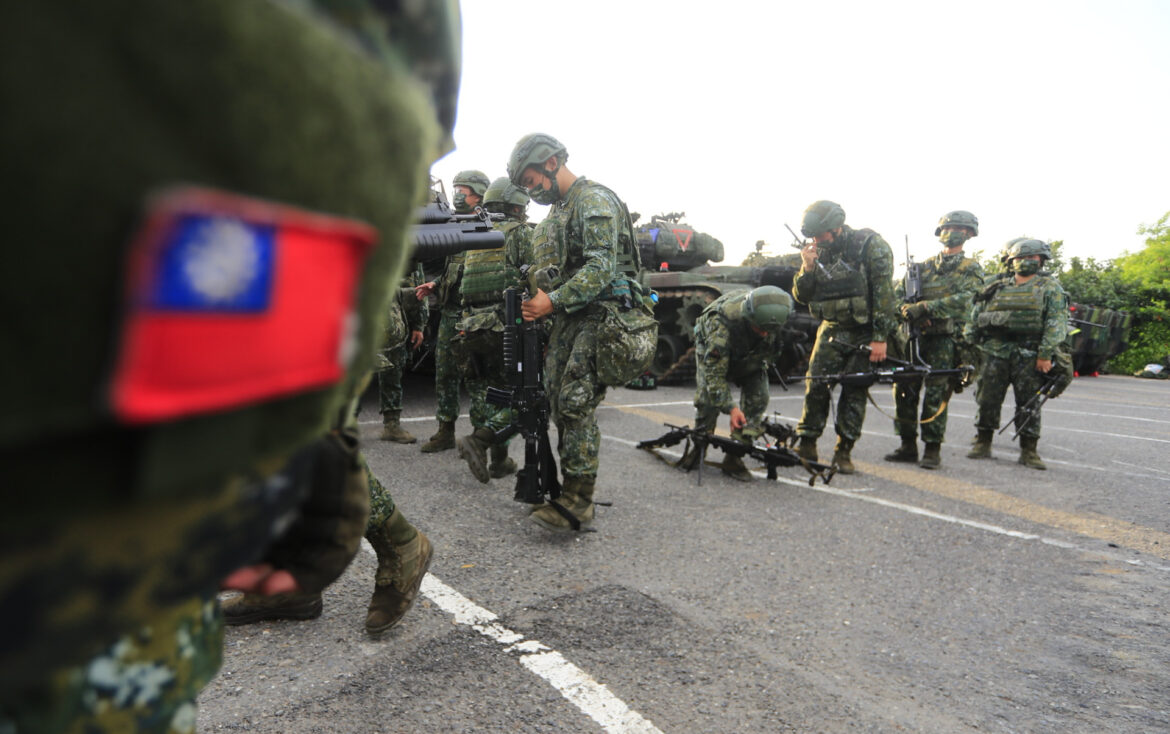 The US has been secretly maintaining a small contingent of military trainers in Taiwan for at least a year, according to a new report, the latest sign of the rising stakes in US-China rivalry.

About two dozen US special forces soldiers and an unspecified number of marines are now training Taiwanese forces, the Wall Street Journal reported on Thursday. The trainers were first sent to Taiwan by the Trump administration but their presence had not been reported until now.

US troops have not been permanently based on the island since 1979, when Washington established diplomatic relations with the People’s Republic of China.

A Pentagon spokesman, John Supple, would not comment directly on the report, but noted that “our support for and defense relationship with Taiwan remains aligned against the current threat” from China.

China’s foreign ministry issued a statement urging the US to stop military aid to Taiwan.

“China will take all necessary steps to protect its sovereignty and territorial integrity,” the statement said.

“It is an important step but it’s intended primarily not to be provocative but actually improve the defence capability of Taiwan’s forces,” said Jacob Stokes, a fellow of the Indo-Pacific security programme of the Center for a New American Security.

“There’s always this balance between symbolism and substance, and I think by doing it quietly it’s meant to be more substance.”

The report of a US military presence in Taiwan comes after a series of escalatory signals in the Indo-Pacific. China flew nearly 150 military planes, including bombers and fighter jets, into Taiwan’s air defence zone, over the first four days of October.

Speaking to the BBC a day after meeting top Chinese diplomat Yang Jiechi, US national security advisor Jake Sullivan said that the US was deeply concerned about rising tensions in the region.

“We are going to stand up and speak out, both privately and publicly when we see the kinds of activities that are fundamentally destabilising,” Sullivan told the BBC.

Asked if the US was prepared to take military action to defend Taiwan, Sullivan said: “Let me just say this, we are going to take action now to try to prevent that day from ever coming to pass.”

Sullivan also said it would be an “enormous mistake” to draw conclusions about the US commitment to its allies based on its recent withdrawal from Afghanistan.

On Thursday, the CIA confirmed it would be creating a new “mission centre” to prioritise intelligence gathering on China.

Announcing the reorganisation, the agency’s director, William Burns, called the Chinese government “the most important geopolitical threat we face in the 21st century”.

“Throughout our history, CIA has stepped up to meet whatever challenges come our way,” Burns said. “And now facing our toughest geopolitical test in a new era of great power rivalry, CIA will be at the forefront of this effort.”

Separate mission centres created by the Trump administration on Iran and North Korea are to be dissolved into broader regional sections.

The state department has taken similar steps, establishing an enlarged specialised office, known informally as the China House, as part of the Biden administration’s broader pivot to Asia.

According to the Wall Street Journal report, the trainers in Taiwan rotate in and out, so it does not represent a permanent presence. There have been reports of US military advisers there over the years but Julian Ku, a law professor at Hofstra University, said the significant factor in Thursday’s report is the apparent confirmation by US officials.

“It’s an open secret they’ve been doing training exercises here and there, but this is a big deal to publicly acknowledge them,” Ku said.

“I don’t know what the benefit of that is. The Chinese government knows what’s going on. We’re not telling them – we’re just telling the Chinese public, which will then create pressure on the government to do something.”