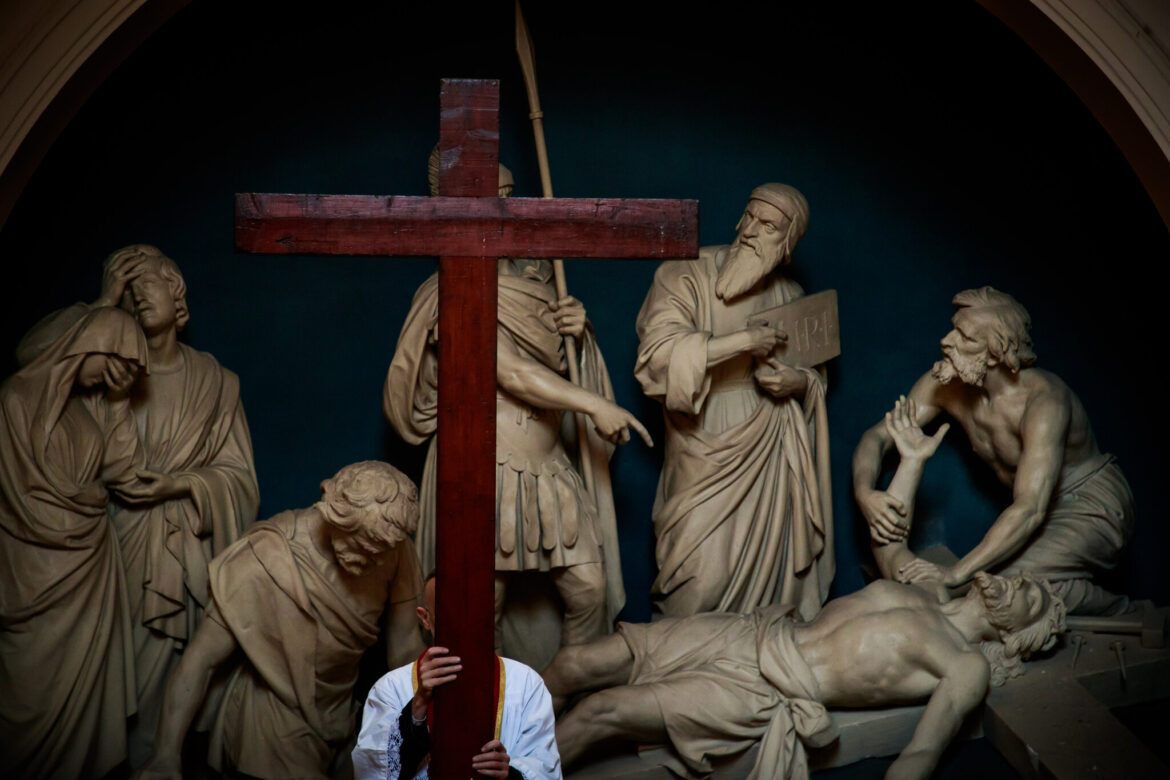 The abuse of more than 200,000 minors by clergy over the past seven decades has shaken the nation and what was once a pillar of French society.

The Catholic Church in France was once so powerful that it was considered a state within a state. In Roman Catholicism’s global hierarchy, France cemented its position as far back as the fifth century, when it became known as the “eldest daughter of the church.”

While Catholicism has ebbed across the Western world, its unrelenting decline in France is all the more striking given its past prominence. Now, a devastating church-ordered report on sexual abuse by the clergy released this week, after a similar reckoning elsewhere, was yet another degradation, further shaking what was once a pillar of French culture and society.

The report, which confirmed stories of abuse that have emerged over the years, shocked the nation with details of its magnitude, involving more than 200,000 minors over the past seven decades. It reverberated loudly in a country that has already been transformed, in recent generations, by the fall of Catholicism, and deepened the feeling of a French church in accelerating retreat.

The Rev. Laurent Stalla-Bourdillon, a priest and theologian in Paris, said that the church was still coming to grips with “the extent of its gradual marginalization in French society.”

“Marginalization in numbers, because of decreasing observance rates, and marginalization in the political sphere’s esteem for the church as an institution,” said Father Stalla-Bourdillon, who was once a chaplain for French lawmakers.

Because it failed to stop sexual abuse in its midst, he said, the church “is not only marginalized but also discredited.”

Globally, France’s Catholic Church has been weakened further than its counterparts, especially in Germany and the United States. For some Catholics — who, in their lifetimes, have experienced the rapid shrinking of their faith in society and in their own families — the report added to a sense of siege.

“It’s perceived somewhat as an attack,” Roselyne Delcourt, 80, said after evening mass on Wednesday at Notre-Dame de Grâce of Passy, a parish in the 16th Arrondissement of Paris, a wealthy, conservative bastion. “But I don’t think it’s going to harm the church.”

But another parishioner, Dominique Dary, 66, said that the report was a chance for change.

“I hope we can turn the page now and that we’ll have a renewed church,” she said.

If some may seize the report as an opportunity for reform, they could be drowned out by French Catholics who have become increasingly conservative politically and culturally, said Raphaël Liogier, a French sociologist who teaches at Sciences Po Aix-en-Provence and a former director of the Observatory of the Religious, a research center.

Living in a society where Christian religiosity has decreased even as Islam has grown, conservative French Catholics are a powerful political force and vocal actors in the culture wars roiling the country, he said.

“This report risks provoking a backlash among those who have a very strong Catholic identity that this has gone too far,” Mr. Liogier said. “They might perceive it as a plot by progressives to weaken the Catholic Church and to destroy what remains of French identity.”

For victims of sexual abuse by clergy members, however, the report was a devastating account of their suffering and a long-overdue corrective to decades of denial.

François Devaux, a co-founder of a victims’ association, asked whether “the church, after all of its betrayals, is capable of reform.”

“Can we allow ourselves to trust them, once again, despite their opacity, so that they do everything they need to do to rehabilitate all of these broken lives?” he said.

The historic power of the church can be grasped immediately by visitors of Notre-Dame Cathedral in Paris or of any French village, where the local church stands in the most prominent spot. The church continued to challenge the state long after the French Republic was born in a revolt against the Church and the monarchy.

But its influence has waned steadily in the past century and accelerated since the early 1960s, when 96 percent of French people declared that they were baptized Catholics, according to this week’s report.

Studies using data from the European Values Study have found that in 2018, only 32 percent of French people identified as Catholic, with fewer than 10 percent regularly attending mass.

Today, according its own statistics, the church celebrates half as many baptisms as two decades ago, and 40 percent of the marriages.

The number of priests in France has declined, but not the number of foreign ones, who are often called from abroad to fill the ranks of a declining priesthood — in a reversal of the colonial era during which the country was the biggest exporter of priests to Africa.

Successive governments curbed the church’s reach by pushing it out of schooling and other social functions it had traditionally performed. For decades, public schools were even closed on Thursdays to let students attend Bible study, according to this week’s report.

Céline Béraud, a sociologist at the School for Advanced Studies in the Social Sciences in Paris, noted that according to the report, over half of the estimated abuse by clergy members occurred from 1940 to 1969.

“That’s the period when there were still tens of thousands of priests, when the younger generations were baptized, went to Bible school or were scouts,” said Ms. Béraud, who has written a book on the sexual abuse scandals in France’s Catholic Church.

While middle-aged French may no longer practice their faith, many grew up attending church and understand its rituals, Mr. Liogier said. Today, many young French ignore basic facts about Catholicism, like the meaning of Easter, and are incapable of transmitting that knowledge to the next generation, he said.

Claire-Marie Blanchard, 45, a mother of four who teaches Bible study, has seen it firsthand.

“There are children who have never heard of Jesus, even children whose parents are Christian or Catholic,” said Ms. Blanchard at the Notre-Dame de la Médaille Miraculeuse chapel in the Seventh Arrondissement of Paris. Her own son riled her when he did not baptize his newborn so the child could decide later.

“Being Catholic in France is complicated,” she said. “But we aren’t giving up.”

The decline of Catholicism and a Catholic-centric French identity — in contrast with the growing role in society of Muslim immigrants and especially their French-born children — is a major divisive issue running through French society. In politics, while it fuels Catholic support of candidates on the right, it also manifests itself in unusual ways.

Éric Zemmour, the far-right writer and TV star who has been rising in the polls before the presidential elections next year, has long attacked Islam and gained popularity on the right by styling himself as a great defender of France’s Catholic culture — even though he is Jewish and his parents settled in France from Algeria.

Isabelle de Gaulmyn, a top editor at La Croix, France’s leading Catholic newspaper, said that the church’s decline might have made it reluctant to tackle the issue of sexual abuse head-on, for fear of adding to its existing challenges.

“The evolution was very brutal,” she said of the church’s drop in power. “So there is a bit of a feeling that it is a fortress under siege.”

That feeling is also fueled by a sense that the church is poor. Unlike its counterpart in Germany, which is supported by a government-collected tax, the French church receives no steady stream of subsidies and must rely almost exclusively on donations from worshipers, although, under France’s complex secularism law, the state pays for the upkeep of almost all church buildings

Victims of sexual abuse, who expect compensation from the church, are quick to point out that some dioceses have sizable real estate assets.

Olivier Savignac, who was sexually abused by a priest as a minor and who founded an association for victims, said that they wanted compensation to recoup years of medical bills, “not a small symbolic amount” covered by churchgoer donations.

“We want the dioceses to pay out of their pockets,” he added.

Many say the report has put the Church at a turning point — reform, or fade further.