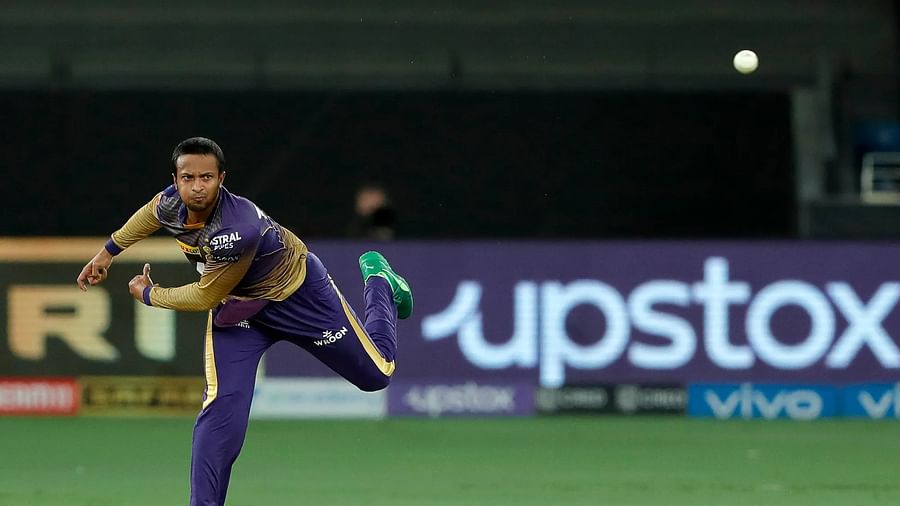 No match has been played before in the second half of the IPL in the United Arab Emirates. All in all, Shakib Al Hasan has got a chance to play in only three of the 12 matches of Kolkata Knight Riders in this year’s IPL.

Finally, the left-arm all-rounder of Bangladesh has returned to the Kolkata XI in the match against Sunrisers Hyderabad in the IPL today. Shakib has strongly demanded to get a place in the regular XI again.

Batting first after winning the toss, Hyderabad scored 115 for 7 in 20 overs. Shakib spread the light with the ball for Kolkata. The left-arm all-rounder took 1 wicket for 20 runs in 4 overs, as well as run out Hyderabad skipper Kane Williamson with great skill while bowling. Of course, he missed a catch in his bowling!

Hyderabad scored 35 runs for the loss of 2 wickets in six overs of the power play. After the power play, Kolkata captain Eoin Morgan brought Shakib to bowl. He broke the Hyderabad partnership in the first over, but it was not with the ball.

Shakib gave 3 runs in the first four balls of the seventh over, Williamson was on strike in the fifth ball. The New Zealand batsman ran for a run by pushing on the leg side, but Shakib ran with great speed and threw the ball to the non-strike end. Hit the ball straight to the stumps, Williamson is still out of the crease. Williamson returned with 27 runs off 21 balls.

The Bangladeshi all-rounder could have got his first wicket in the second over, but missed the catch in the fourth ball. Priyam Garg’s bat hit the ball towards Shakib, but Shakib could not grab the ball even after three attempts.

The third over was Shakib’s best. He gave two runs in the over and also made Abhishek Sharma lbw with the first ball. The umpire rejected Shakib’s LBW plea against Abdul Samad with the next ball.

Shakib gave the most runs in his last over. Priyam Garg came forward in the second ball of the over and hit a six in the middle. 10 runs came in that over with four more singles.

Out of Kolkata’s five bowlers, not only Sunil Narine got wickets, but he gave only 12 runs in 4 overs. Tim Southee, Shivam Mavi and Varun Chakraborty took two wickets each.

After Kane Williamson, Garg (26 off 21 balls) and Abdul Samad (25 off 18 balls) have reached the 20-run mark for Hyderabad. Jason Roy is the only opener to score two runs.

At the time of writing, Kolkata have scored 38 runs for the loss of 1 wicket in 8 overs.

Earlier in the day, Virat Kohli’s Royal Challengers Bangalore lost to Punjab Kings by 7 runs. Bangalore scored 164 runs for the loss of 6 wickets for 56 runs in 3 fours and 4 sixes off 40 balls by Devdut Parikkal and 33 balls by Glenn Maxwell. In reply, Punjab managed to score 156 runs for the loss of 6 wickets despite Mayank Agarwal’s 57 off 42 balls. In the opening match with Lokesh Rahul, Agarwal gave Punjab 91 runs off 75 balls.