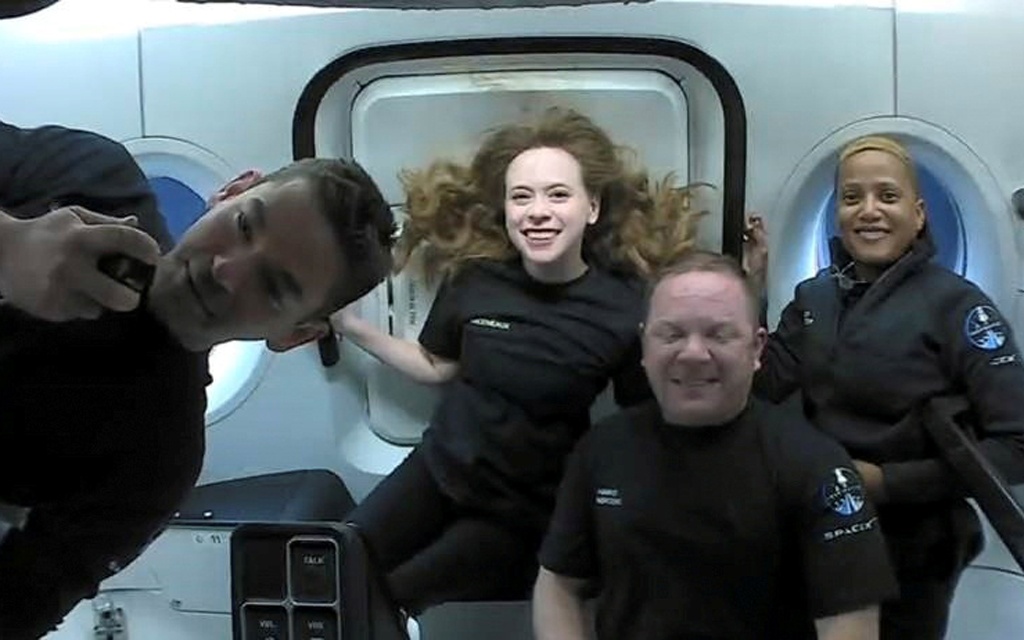 A SpaceX astronaut who took part in the company’s Inspiration4 mission a month ago said she was sick for the first two days in space, National Geographic reported Friday.

Dr. Sian Proctor, one of the four crew members onboard SpaceX’s first all-civilian mission, told National Geographic that she started feeling unwell on the first day.

“Space sickness is one of those things that a lot of people suffer from,” Proctor said in the interview. “You’re just not on your game.”

Astronauts can experience motion sickness when they’re in space due to the weightlessness which they feel with zero-gravity.

Proctor told National Geographic that she felt better on the second day but her head was “a little stuffy.”

“But man, I woke up the third day, and I was humming, and everything was perfect,” Proctor told the publication. “I had adapted, I was good, and I was like, ‘What? I have to come home?! No, no, no!'”

“I would go for longer. Three days was not enough,” the geoscientist and science communication specialist told National Geographic.

“I think, ideally, a five-day mission in the Dragon capsule with the cupola would be perfect,” Proctor added.

The cupola is a glass dome roof located at the nose of the Crew Dragon spacecraft, which the astronauts looked out of to see Earth from space. Proctor told National Geographic that this was “the best feature of our spaceflight.”

The toilet, which malfunctioned mid-flight, was also located in the cupola. Proctor said in the interview that it was “a waste fan issue,” which the crew members quickly fixed. “I think it was made into an event that was bigger than it actually was,” she added.