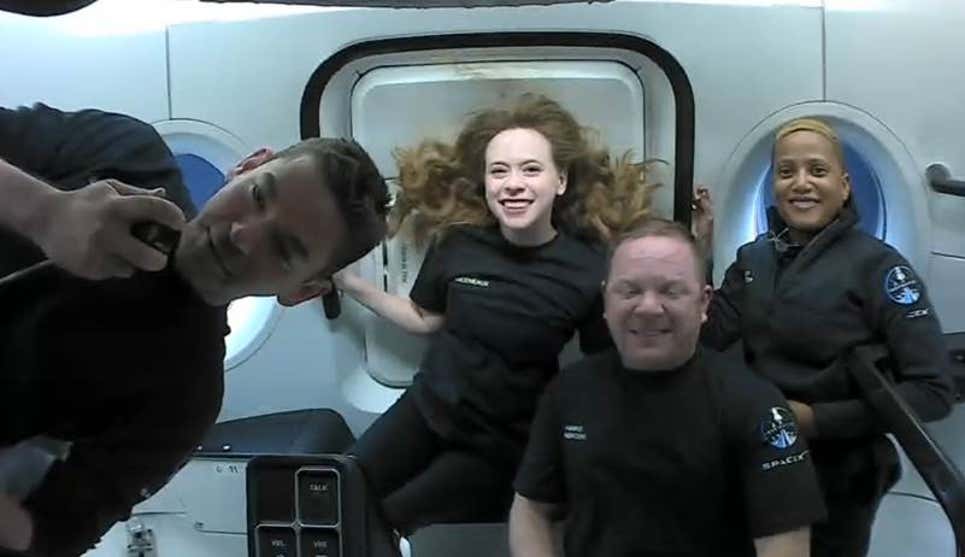 Inspiration4 was supposed to make space seem accessible, but the silent treatment we’ve been given has made the final frontier seem more distant than ever.

The all-civilian Inspiration4 crew has been in orbit for nearly two days, yet we’ve heard very little about what’s going on up there. SpaceX’s first private crewed mission to space has most certainly been that—private. The unexpectedly muted approach has made it anything but inspiring.

Inspiration4 launched at 8:02 p.m. EDT on Wednesday from Kennedy Space Center in Florida. The Resilience Crew Dragon, nestled atop a Falcon 9 rocket, embarked on a three-day mission to orbit with an exclusively private crew—and not a single NASA astronaut in sight. With the launch, SpaceX officially entered into the space tourism business, joining Virgin Galactic and Blue Origin. Jared Isaacman, Sian Proctor, Chris Sembroski, and Hayley Arceneaux will now go down in history as being the first private crew flown to Earth orbit.

SpaceX pulled all the stops to make this futuristic luxury cruise as immune from criticism as possible. The optics are just about perfect, as the Inspiration4 mission—with two men and two women—is supposed to raise $200 million for St. Jude Children’s Research Hospital. And the achievements are truly headline-worthy, as the trip features the first Black woman to pilot a spacecraft and the first person to go to space with a prosthetic body part, Arceneaux, who is also a cancer survivor.

Now don’t get me wrong: These are all undeniably awesome and commendable things, but there’s no mistaking the genuine goal of the mission, which is for SpaceX to set the stage for future big-ticket flights. The Elon Musk-led company eventually plans to charge $50 million a seat for these trips; Isaacman, the billionaire founder of Shift4 Payments, paid an undisclosed amount for all four Inspiration4 seats.

To be clear, I’m not opposed to the whole space tourism thing, and I wish SpaceX and its employees well. What bothers me, however, is how the company, along with a surprising number of media outlets and space pundits, are framing the mission as something that’s going to make spaceflight more accessible to the broader public. As an example, the Washington Post recently quoted Alan Ladwig, head of To Orbit Productions, as saying the “Inspiration4 mission is of particular importance because three of the crew members are not wealthy” and that they are “people that could be our neighbors, people you went to school with, people you work with.”

Gimme a break. Moving forward, it’s doubtful that ultra-rich individuals will hand-select ordinary people to join them on similar missions. And even if they do, we’re still talking about a minuscule number of people, given the tremendous costs involved; you’re better off playing the lottery—but again, you’d need to make sure the jackpot is sufficiently huge.

Eventually, a long, long time from now, ordinary people might be able to afford quick sojourns to space. For now, it’s still very much out of reach—hence my interest in the Inspiration4 mission, and why I’m so disappointed about how things have gone down.

Because I can’t yet go to space, I was at least hoping to vicariously experience the mission from the eyes of a civilian crew. We obviously have the technology to make this happen, whether it be regular tweets, live webcams, interviews with the crew, or a steady flow of eye-popping photos and videos.

But what we’ve got so far is very little. A tweet from SpaceX on September 16 informed us that the crew is “healthy, happy, and resting comfortably,” and that before going to bed they “completed their first round of scientific research, and enjoyed a couple of meals.”