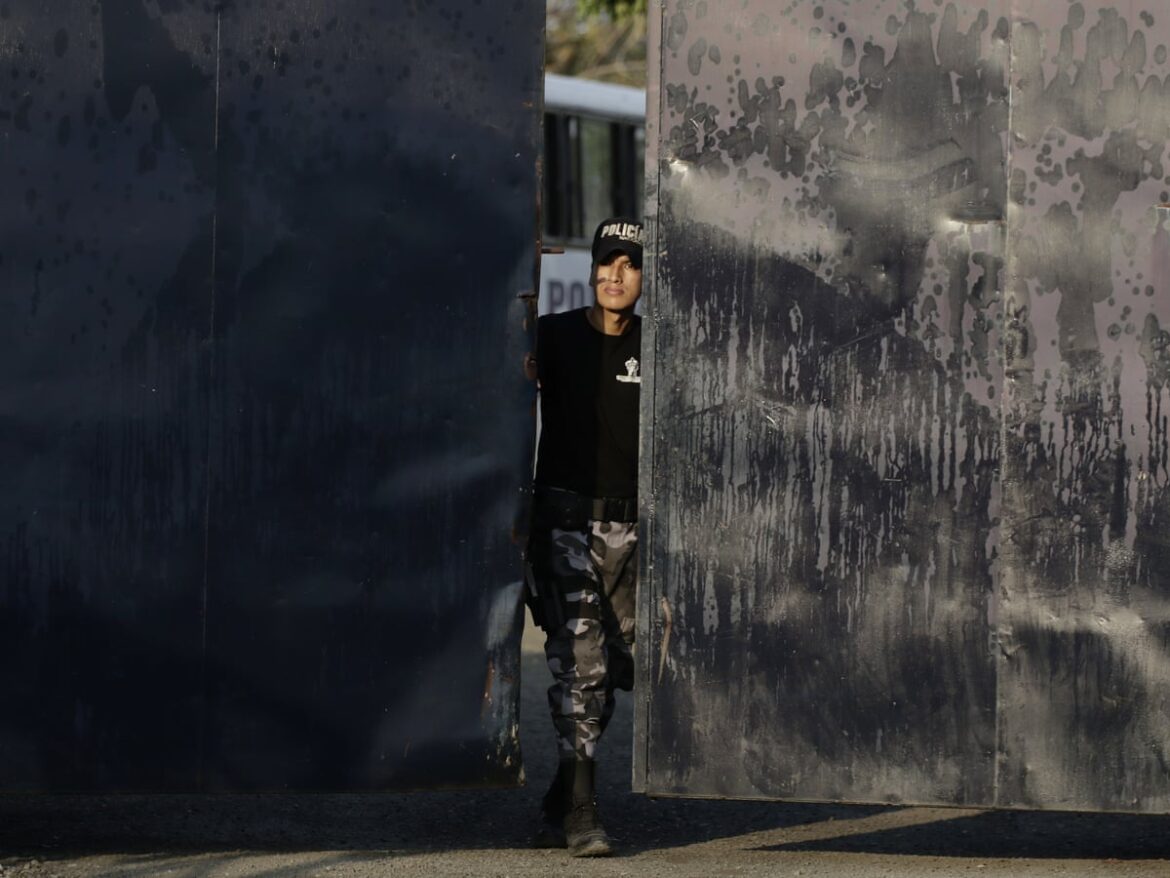 A bitter struggle between rival Mexican cartels to control cocaine trafficking routes in Ecuador has erupted in a day of bloodshed inside a high-security prison which left 116 inmates dead. Many of the victims were butchered with chainsaws or beheaded with machetes.

As security forces battled to retake the Litoral penitentiary in the coastal city of Guayaquil on Wednesday, scores of bodies were found dumped in bathrooms and corridors, piled and burned in courtyards, or even stuffed into air ducts.

A day earlier, graphic images posted on social media showed inmates from rival gangs Los Choneros and Los Lobos fighting with machetes, guns and grenades , in the third – and by far the deadliest – prison riot this year.

Col Mario Pazmiño, the former director of Ecuador’s military intelligence, said the escalating savagery was driven by Mexican crime groups vying for control of lucrative smuggling routes through local criminal gangs. The Sinaloa and Jalisco New Generation cartels both operate through national “mega-gangs”, which include Los Choneros, Los Lobos as well as Los Tigretones and Los Lagartos, he said.

“This kind of depraved violence has grown as gangs fight for control of the prisons,” Pazmiño told the Guardian. “The violence; the dismemberment, the decapitation, is a strategy to sow terror among the prisoners to gain territorial control – not just inside the prison but outside.”

Ecuador’s president, Guillermo Lasso, back from an official trip to the US and the UN general assembly, announced a 60-day state of emergency in the country’s prisons. He said he would deploy the police and the army and direct an initial $24m in state funds to pacify the jails.

“Regrettably, the prisons have become terrain for disputes for power between gangs,” Lasso, who became president earlier this year, said late on Wednesday. “The state is going to act.”

The surge in violence appears to be linked to the assassination of the longtime leader of Los Choneros, Jorge Luis Zambrano, alias “Rasquiña”, in December, Pazmiño added.

“Extreme violence has become normalized in the jails,” said Itania Villarreal, a former director of the state institution that works to rehabilitate inmates. “There have been the most atrocious and inhumane murders, with decapitations, burnings, even using chainsaws to carry out these acts.”

Distraught relatives, mostly women, thronged outside the prison, clamouring for news about their loved ones. On Thursday, authorities had begun to compile a list of the dead.

Ecuador – sandwiched between Colombia and Peru, the world’s two largest cocaine-producing countries – is a strategic smuggling route due to its long Pacific coastline and large shipping and fishing fleets.

“The prison system has collapsed,” said Villarreal, blaming the authorities for not relocating dangerous gang members to maximum-security prisons, and for a shortage of hundreds of prison workers for the country’s 39,000 inmates.

“It’s very serious because the country is failing to protect the life of these prisoners.”

More than 200 inmates have died in violence in Ecuador this year, more than double the number from last year. In February, 79 were killed as rival gangs fought for control in three prisons. In July, 22 more prisoners lost their lives in the same prison as the latest outbreak.

Then, in September, another jail was attacked by drones in what prison authorities called a “war between international cartels”. There were no casualties in that incident.

Prisons across Latin America are overcrowded, and controlled by criminal gangs who use them as headquarters to coordinate drug trafficking and other criminal activities on the outside. Over the past 30 years, prisons in the region have repeatedly seen massive riots which left more than 100 dead.

The situation was made worse, said Pazmiño, because organised crime had penetrated government institutions, and corruption meant firearms and other weapons could be smuggled into the jails.

“The Ecuadorian state has lost control of the prison system,” he said.