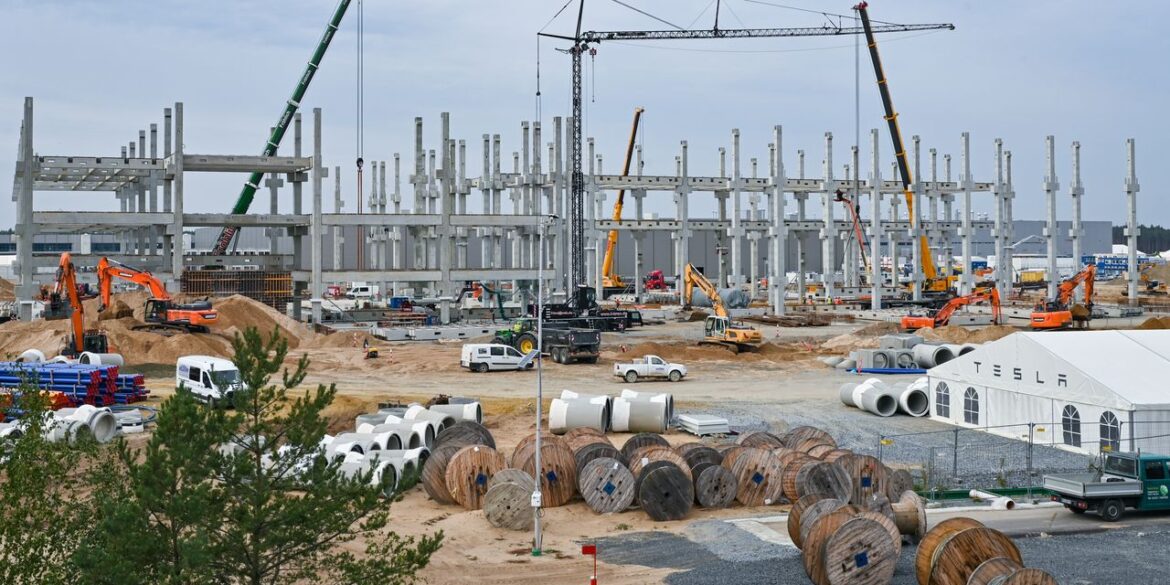 Another quarter, another record. Tesla is growing rapidly, despite a global automotive semiconductor shortage roiling production.

The electric vehicle pioneer on Saturday reported a record quarter with deliveries up more than 70% year over year. Calling the stock reaction on Monday is a coin flip, but one day’s stock performance doesn’t really matter. Strong deliveries, however, usually mean good news for Tesla bulls down the road.

Tesla produced almost 238,000 vehicles in the third quarter. Production and deliveries—to customers—are typical close to one another.

The results should be good enough to keep the stock stable Monday. The bigger reaction to strong deliveries typically come in the weeks following the release of the figures.

Tesla stock has outperformed the S&P 500 six out of the past eight times in the span between reporting deliveries and reporting quarterly earnings. Quarterly earnings come about three or four weeks after delivery results.

Quarterly deliveries have set new records seven of the past eight quarters. That’s unsurprising for a growth stock such as Tesla. But record deliveries don’t always mean Tesla stock jumps immediately following any quarterly release. Expectations, of course, matter more than the actual number. And expectations for third quarter deliveries have been rising.

Tesla stock has looked remarkably stable in the face of recent market volatility. Shares are up 0.1% over the past week. The Nasdaq Composite dropped 3.2% over the same span. The S&P 500 is 2.2%. What’s more, Tesla stock rose about 5% in September. The Nasdaq dropped 5%. Stock in Chinese EV maker NIO (NIO) dropped 9%.

Overall, Tesla has appear to have passed the third quarter delivery test. And more cars delivered should mean analysts take earnings estimates up for third quarter earnings. That might be the reason Tesla stock is strong following earnings.

Before earnings, Tesla hosts its annual meeting on October 7. At that event, investors will want to hear about production ramp ups at the company’s two new facilities in Texas and Germany.