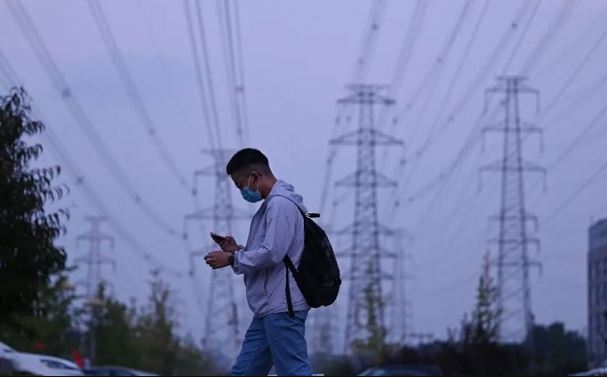 The worst-hit areas are Beijing’s northeastern populated areas. About 100 million people live there. The government has intensified coal storage and utilization projects for power supply.

However, Charles Pellegrini, a reporter for France 24, thinks that if the Chinese government raises fuel costs to address the power shortage, living standards will decline. And a drop in living standards could lead to a backlash against President Xi Jinping’s rule.
In addition to the mills, millions of people have been living without electricity for the past few days. Residents of Liaoning, Jilin and Heilongjiang provinces have spoken out on social media about the crisis on Weibo. Their complaint is that the heating is not running in the house, the elevator of the building is closed, even the street traffic lights are not working properly.

Some officials are blaming coal shortages across the country for this. Chinese President Xi Jinping has vowed to reduce coal use – putting pressure on local governments.
Some more people have been hospitalized after using stoves for heating homes that do not have adequate ventilation.

One of the videos that has spread on social media shows a car driving on one side of a busy highway in complete darkness as the streetlights are turned off in Shenyang.

The situation is also being compared to neighboring North Korea in social media posts. The government of Jilin province says it has taken steps to bring in coal from Inner Mongolia to address the coal shortage.

Citing a Bloomberg report, Pellegrin told France24 that there were reports that the government was considering raising the price of electricity for Beijing and domestic consumers, especially for household use. This can lead to a number of unexpected negative effects. For example, if the price of electricity goes up, it can lead to inflation and the standard of living can go down as a result of inflation. As the standard of living continues to decline, at one stage it leads to social instability or instability.

However, no one is still questioning the leadership in tackling the crisis. Even then the government has faced a somewhat difficult situation here. There are also environmental barriers to the use of excess coal. Because China has to be a zero carbon emitter by 2060. But overuse of coal can make it difficult to achieve that goal.

Chinese and Hong Kong firms interested in UK-based utility companies have been hit hard by “excessive fees” and profits. Sam Armstrong of the Henry Jackson Society warns that the UK’s energy grid profits are going back to China.

“Wherever you are in the country, the utility companies you pay for are unknown to you, and what was once owned by a British taxpayer is now probably owned by at least some Chinese or Hong Kong firms,” ​​Armstrong said.