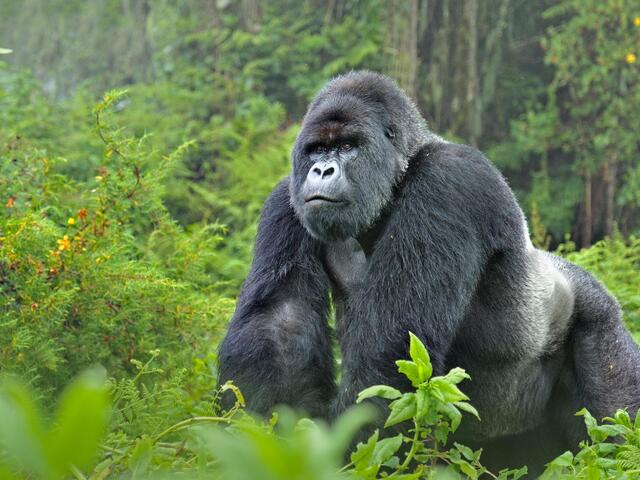 More than a dozen gorillas have tested positive for Covid-19 at Zoo Atlanta, probably after contracting the virus from a keeper, zoo officials said.

Staff were alerted when several of the zoo’s troop of 20 western lowland gorillas began exhibiting symptoms, including runny noses, mild coughing and loss of appetite.

Fecal samples and swabs sent to the University of Georgia’s veterinary diagnostic laboratory showed that 13 of the great apes were positive for coronavirus, the Atlanta Journal-Constitution reported.

In a statement posted to the zoo’s website, officials said they believed a vaccinated member of its animal care team, who was wearing personal protective equipment and asymptomatic when she came to work, probably transmitted the virus.

“The teams are very closely monitoring the affected gorillas and are hopeful they will make a complete recovery,” Sam Rivera, Zoo Atlanta’s senior director of animal health, said.

Further tests sent to the national veterinary services laboratory in Ames, Iowa, for confirmation, were pending, the statement added. Some of the gorillas are receiving monoclonal antibodies, and staff are paying close attention to Ozzie, a 60-year-old male thought to be most at risk of Covid complications.

Zoo Atlanta’s gorillas live in close proximity to each other in four groups, making it impossible to isolate them individually. As they recover, they will receive the Zoetis coronavirus vaccine developed for veterinary use, the statement said.

Other animals at Zoo Atlanta that will receive the vaccine in the coming days will include Bornean and Sumatran orangutans, Sumatran tigers, African lions, and a clouded leopard.

In February, San Diego Zoo announced that all eight of its lowland gorillas who had contracted Covid-19 a few weeks earlier, including Winston, a 49-year-old male, had made a full recovery.

The California zoo also reported in July that its two endangered snow leopards had coronavirus, but were responding well to treatment.