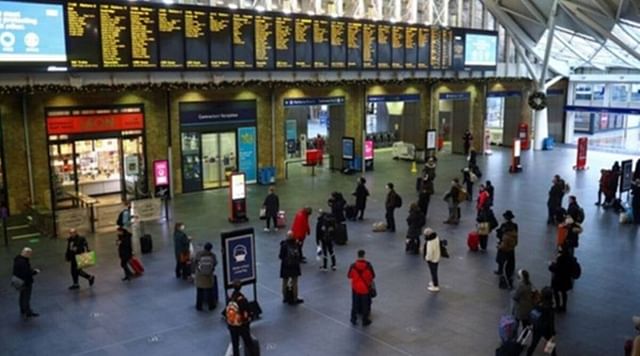 India has also been tough on the UK’s response to ‘inequality’. The concerned authorities of India say that the citizens of that country who came to India from UK have to stay in compulsory quarantine. All UK citizens must have an RT-PCR test 72 hours before the visit. After coming to India, they have to spend 10 days in compulsory seclusion and after 7 days, they have to undergo Covid test once again. The same rule will not apply to passengers who have been vaccinated with two coronas. The rule will be introduced from October 4, Indian media quoted ANI as saying.

Indians are not able to enter the UK freely. They are also not ready to give discounts to passengers who have been vaccinated with ‘Covishield’. The Oxford-Astrageneca vaccine is being produced in India by the Pune Serum Institute. The ticker made in India is called ‘Kovishield’. India had earlier protested that the UK’s policy was “discriminatory”. Ahead of Prime Minister Narendra Modi’s recent visit to the United States, Foreign Secretary Harsh Vardhan Sringla himself addressed a press conference in Delhi. There, he said, the Indian government had vaccinated the UK with 5 million Covishield vaccines. The government of that country has also given that vaccine to their citizens. But the Covishield is being unfairly discriminated against in India.

Indian Foreign Minister S Jayashankar also protested to the UK Foreign Secretary during his visit to the United States. It was then said that India would be forced to take similar action if the policy was not changed. That counter system is going to be launched from Monday. It remains to be seen whether the UK will change its policy.

As the incidence of covid is declining, the United Kingdom is allowing citizens of 16 countries to enter the country without a word. Citizens of these countries do not have to study under any restrictions. India is not among these 16 countries. Indians have to go to that country and stay in the mandatory quarantine for 10 days. After India’s objection, the United Kingdom stated that its objection was not to Covishield. Objection to Kovid’s ticker certificate. The manner in which vaccine recipients are being certified. In response, India said there was no room for irregularities or objections to the charter. But the United Kingdom has not changed the rules. A spokesman for the UK High Commission said on Friday that the UK was in close contact with the Indian government on the issue. Gradually they are changing the rules. Indians are also being considered.