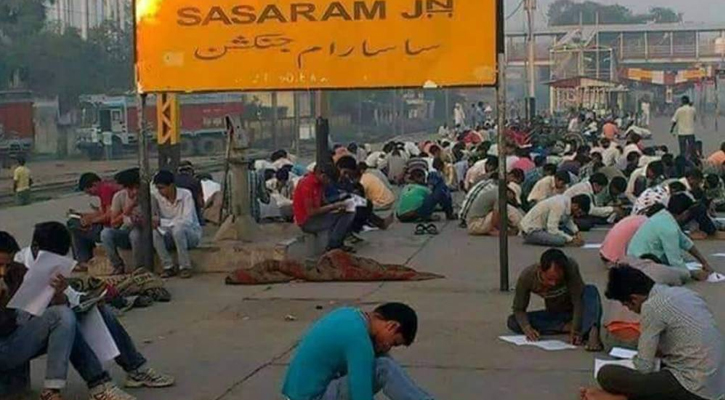 Many are studying at the railway station. They have separate IDs to enter the platform.

Coming from a distance, he is also staying there for a few days.
According to the Indian media Anandabazar, many job seekers are studying at the Sasaram railway station in Bihar, India. They came from the village of Rohtas, 19 km away, to study for a government job.

There are multiple reasons to come and study at the railway station from afar. The village of Rohtas does not have much light at any time of the day or night. Residents fear an attack by Maoist terrorists.

The electric lights are on at Sasaram railway station till dawn. There you have the opportunity to study by discussing with each other. There is a bunch of skilled teachers who come and teach these students regularly.

The goal is government jobs

They come to that station to study by walking or cycling mile after mile from a distant village. Their only goal is government jobs. So prepare for the All India level IAS, IPS, IFS and state level civil service exams. He also prepared to pass the entrance exams of the Indian Institute of Technology (IIT) and the Indian Institute of Management (IIM).

Not only do they prepare for the written job test, they also take vivar training. Many have already got various government jobs by studying there.

The coaching class lasts for 2 hours every morning and evening. Various languages ​​including English, Hindi, Mathematics, Current Affairs and Reasoning are taught on the platform of Sasaram Railway Station.

The station authorities have issued separate identity cards for 500 students to give them the opportunity to study at Sasaram railway station. To get in or out of the station so that there is no problem.

So many students do not return home after night coaching classes and walk mile after mile. Stay at the station for three-four days or two-one weeks.

There are many more villages like Rohtas in India, where there is almost no light all day. There are such areas in West Bengal too. There are various problems of law and order situation in those places.