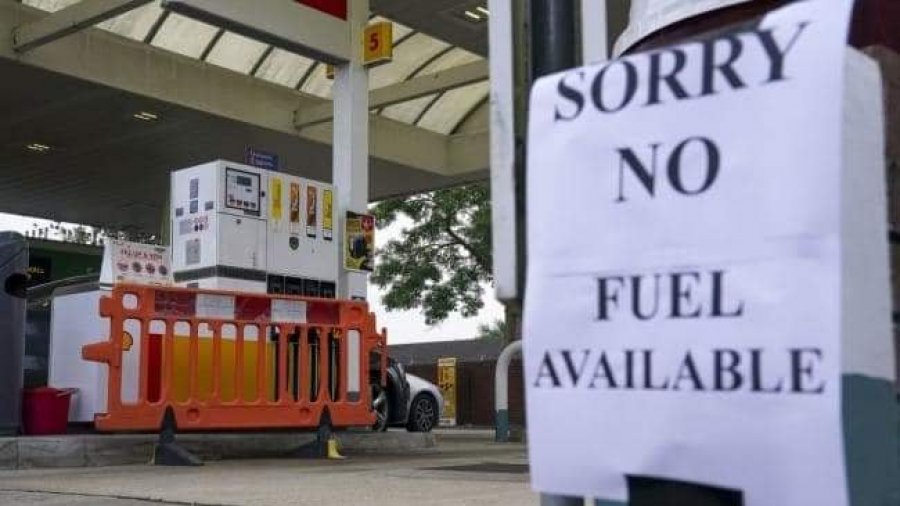 The fuel oil crisis at pumps across the UK is not over. The crisis is growing, especially in the southeastern part of the country. Especially those whose source of income is car are suffering the most.

Mahbub Sued, a journalist living in London, said at least 10,000 British Bangladeshis in the UK were suffering from the ongoing fuel crisis. Electric cars cost a lot more. Most cars still run on fuel-efficient hybrids or petrol-diesel. Fuel oil has not been available at the pumps for the past one week. At least 10,000 Bangladeshi expatriates are suffering due to inadequate supply.

Hadi Al Amin, a taxi cab driver in London, told the Bengali Tribune on Saturday that at least one-third of taxi cab drivers and delivery drivers across the UK are still suffering from the fuel crisis.

Saidul Islam told the Bengali Tribune on Saturday that the situation of energy crisis in London is a bit better than before. Now many pumps are getting oil. He also commented that it will take time to end the crisis.

In such a situation, the government can take the help of the army to supply fuel oil.

In a statement, Quasi Quarteng, the UK’s commerce minister, said:

Pumps have been in danger of running out of fuel for more than a week due to the supply crisis. As a result, panicked drivers are stumbling towards petrol pumps. This has made the situation more fragile. Although this situation is not like the initial situation, long lines can be seen at petrol pumps for many nights.

Although there are adequate stocks of fuel oil, it is not being sent to the filling stations due to the driver crisis. And this is the root cause of this problem.

The government has already announced plans to issue temporary visas to 5,000 foreign truck drivers. Various steps have been taken to bring back the former drivers of this industry in response to the crisis.

Meanwhile, the media has also seen scenes of workers being humiliated for standing in long lines at petrol stations for not getting oil. The scene of a customer standing with a knife at the petrol station has also gone viral on social media. So in many places police have been deployed outside the station to control long lines.

In the midst of so much crisis over petrol, many buyers are leaving their cars and crowding on public transports. According to Transport of London, the number of passengers has increased by seven per cent. Bus passengers have increased by two percent. Most of which have grown in London. Passenger development organizations say long lines in front of stations are causing traffic jams on many London streets. In addition, many passengers have complained that tickets are not available to go out of London.

Note that there has been a long-running lorry driver crisis in the UK. With many drivers leaving, the effects of Corona and Brexit have further complicated the situation. Corona is also delaying new drivers from getting driving licenses.