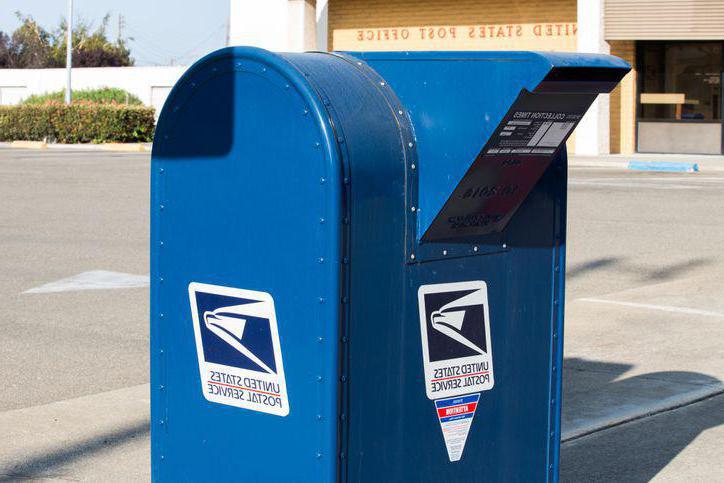 Millions of customers who rely on the US Postal Service now face longer delivery times for first-class mail and packages.

Sending letters or packages across the country through the US Postal Service often feels like a game of chance. During the first quarter of this year, around 20% of first-class mail was delivered late. And if you rely on the Postal Service to do business or pay bills — as 160 million residences and companies do — you’re now in for a bumpier ride.

Starting Oct. 1, the USPS implemented new service standards for its first-class mail and packages, lengthening delivery time for about 30% of its volume. That means some letters, parcels and magazine subscriptions traveling longer distances could take up to five days to arrive, instead of two or three days. That’s not all: On top of new price increases implemented in August, the cost to ship a parcel for the holidays temporarily goes up beginning Oct. 3.

The changes are part of Postmaster General Louis DeJoy’s 10-year Delivering for America plan to overhaul the agency and try to tackle its massive debt. Besides lengthening delivery timetables and raising prices, the plan, which has generated controversy, also reduces post office hours.

Every hour, an average of 17.7 million mail pieces are processed and delivered by the Postal Service, a portion of which are packages from online retailers like Amazon. But there’s been a massive decline in the volume of first-class mail like letters, cards and bills as Americans rely more and more on electronic payments and communication. And with the rising demand of e-commerce, the agency is struggling to match the quick delivery of competitors like UPS, FedEx and even Amazon itself, which has its own delivery network.

What do the Postal Service’s changes mean for you? Costlier or erratic mail delivery could lead to delays in wedding invitations, birthday cards, unemployment checks, mail-in ballots or child tax credit payments. Below, we’ll explain who these price hikes and delays could affect most, what to do if you’re facing a holdup with a package, and what options you have to send mail. This story was recently updated.

What is the USPS’ cost-cutting plan?

The Postal Service has said it’s struggling to meet high performance standards, and it’s been financially underwater for a while now. The COVID-19 pandemic exacerbated its sluggish service and cash crisis, as staffing shortages collided with both the surge of online buying for essentials and the influx of 2020 election ballots, which pushed DeJoy into the national spotlight. (More on that below.)

One way the USPS plans to reduce costs is by using fewer airplanes to ship mail and instead use more trucks, which can move a higher volume of mail for less money. Ground transportation is also more reliable than air in all seasons, according to the service.

When asked for comment, a Postal Service spokesperson said the new service standards will increase delivery reliability, consistency and efficiency for customers.

The Postal Service’s 10-year plan also includes a multibillion-dollar contract to modernize the ancient delivery vehicle fleet, with the new trucks appearing on carrier routes in 2023. There are also proposed investments in equipment and infrastructure to help transport the growing volume of packages more efficiently, as well as upgrades to postal facilities.

How is delivery for first-class mail and packages changing?

Not all first-class mail will be affected by the new service standards. Here’s how it breaks down.

First-class mail (standard-size, single-piece letters and envelopes): The Postal Service says 39% of mail will now be delivered in three to five days, depending on the distance between origin and destination. The rest (61% of local mail) will be unaffected and will be delivered in one to two days.

Periodicals (journals, magazines, newspapers): The Postal Service says only 9% of publications will now be delivered in up to five days, and 93% will still be delivered in two days or less.

What about higher postage and delivery prices?

On Aug. 29, the Postal Service raised the price of a first-class stamp from 55 to 58 cents. That means Forever stamps now cost 3 cents more. (You can get a cool, personalized design from the post office or from usps.com.) But because Forever stamps never expire, the ones you bought in 2020 — or any prior year — remain valid even though the postage rate has gone up.

Other first-class standard-size mail and large envelopes, including presorted letters like bills and statements, and newspapers and magazines had a price increase, as did media mail such as books. The prices for special services like certified mail and money order went up as well.

The US Postal Service also announced a temporary price increase on commercial and retail domestic package shipments for the 2021 peak fall and holiday season, in effect Oct. 3 through Dec. 26. The price increases range from 25 cents to $5 per package on priority mail, priority mail express and first-class package service. They are detailed in this statement.

According to the agency’s plan, there could be even more price increases over the next decade. Though adding a couple of cents to send a birthday card might not burn a hole in your pocket, even a small increase could be ruinous for businesses that send a ton of mail or companies that depend on mass mailings.

What causes so many delivery delays in the first place?

There are many reasons why there might be a holdup with your Postal Service mail, and many times it’s not what you’d expect. Here are some of the most common reasons for mail delays.

There was also the pandemic, which affected postal workers. Employees had to follow social distancing guidelines, quarantine restrictions and safety protocols, leading to interruptions in the processing and delivery of mail. At the same time, there was a significant rise in parcel volume because of the lockdowns, and certain USPS facilities were so overwhelmed that they simply stopped accepting mail.

In July 2020, DeJoy made an “operational pivot” at the Postal Service to save costs. Letter carriers, who customarily make multiple delivery trips to ensure timely distribution of mail, were instructed not to make any extra trips and to leave mail behind at distribution centers, The Washington Post reported. A month later amid intense criticism and concerns about upcoming mail-in ballots, DeJoy retracted the decision until after the federal election. In October 2020, the US Postal Service agreed to reverse all of the slowdowns and to prioritize election-related mail.

Who is being most impacted by the USPS slowdown?

Individuals and businesses will face longer delivery times for both outgoing and incoming mail that needs to travel by postal truck for farther distances. So the changes will especially impact people sending letters or packages from coast to coast — and also to and from Alaska and Hawaii, as well as to and from Puerto Rico and US territories that rely on air transportation.

Delays in first-class mail could also affect customers unevenly depending on the ZIP code. According to The Washington Post, the plan will disproportionately affect Western states and parts of Texas and Florida, for example. Also, rural communities, low-income families and seniors tend to depend more on the Postal Service.

Mail delays are a burden for those who risk fees or penalties for late rent checks or bills. They’re also worrisome for those waiting for payments or important documents to arrive by post. (We recommend you give yourself a healthy window to send important documents or confirm that mail sent by a specific post date will be accepted by your recipient.)

Delivery lags could even be a matter of life and death for some people who depend on a mail-order medication system. Already during the pandemic, many people opting to receive prescriptions at home have faced problems receiving their life-saving medicine on time through the Postal Service.

What’s the controversy behind the delays and price hikes?

When DeJoy unveiled his 10-year plan back in March, he said, “The Postal Service’s problems are serious … but they can be solved,” while later acknowledging that there will be some “uncomfortable changes.”

DeJoy’s tenure with the US Postal Service has been contentious since he took the helm in June 2020. He’s been under fire by Democratic lawmakers who accuse him of undermining and degrading service, as well as intentionally slowing down mail ahead of the 2020 November presidential elections — an allegation DeJoy has denied. The Justice Department is also investigating DeJoy over alleged campaign finance abuses. And ethics watchdogs have recently exposed his continued financial ties to a major logistics contractor, XPO Logistics. According to The New York Times, the Postal Service has paid about $286 million worth of contracts over the past seven years to the firm, where DeJoy had been an executive.

Independent postal experts and other critics wonder why the agency would opt to slow down mail when it’s already struggling to deliver mail on time. The Postal Regulatory Commission issued an advisory opinion on July 20 that found that the estimated annual cost savings for the Postal Service’s proposed service standard changes won’t, in fact, lead to “much improvement” of the agency’s current deficit woes. The commission also expressed worry that the Postal Service did not do any “operational or pilot testing” for the proposed changes.

How can I make sure my mail arrives on time?

A Postal Service representative said that customers can still use Priority Mail Express and Priority Mail services with a one-to-three-day standard to ship letters, larger envelopes or packages within the contiguous United States. However, if you plan to use regular first-class mail or package service, the service recommends that you plan ahead and send your mail early in order for it to reach its destination on time.

Another option is to compare rates and delivery estimates with competing carriers, like FedEx or UPS.

What should I do if my USPS package is lost?

When sending or receiving a letter or parcel with the Postal Service, keep in mind that delivery estimates are just that — estimates and not guarantees. The only service that offers a money-back guarantee for delivery within a two-day window is Priority Mail Express. So unlike first-class mail or regular priority, you’ll actually get a refund for a late delivery.

If you’re waiting on a letter or package that has an incorrect address or was stuck in a weather-related delay, the only way to intercept or reroute it is with a tracking number. Some Postal Service offerings automatically include tracking. But if you need it for first-class mail or media mail, you’ll have to pay an additional fee. According to the US Postal Service, adding a tracking service doesn’t expedite or guarantee delivery. It just makes it possible to find your item if it’s lost.

If you feel like you’re experiencing an atypical delay and you think your mail has gotten lost, you can submit a missing mail search request, and the Postal Service will try to locate it.