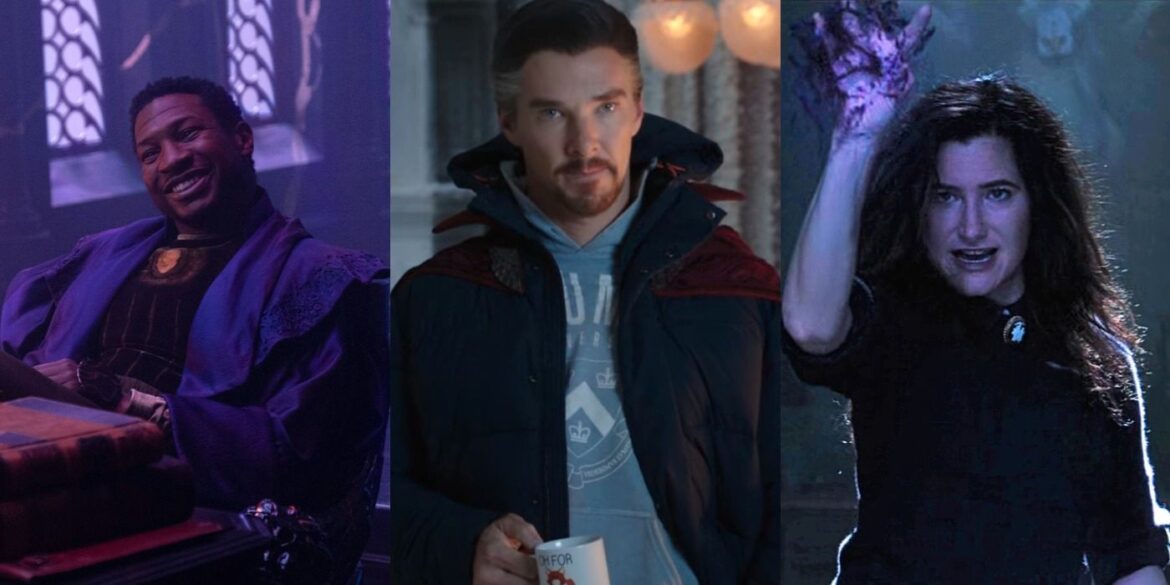 With the spoilery post-credit sequence of Venom: Let There Be Carnage defining the future of the Marvel Universe, how exactly did it all come about?

Venom: Let There Be Carnage has hit cinemas and viewers are already digging into the post-credit sequence which is sure to completely change the Marvel Cinematic Universe as fans currently know it. The movie ends with Venom and Eddie Brock being sucked into the main MCU Earth, with Tom Holland’s Spider-Man appearing on the TV screen.This shift in the Multiverse has major implications for the big screen moving forward, but how exactly did this all happen to begin with? There’s plenty of answers which may come into play in future feature films, with one of these suggestions likely becoming the key to the Symbiote’s reality hopping.

Deadpool 2 concluded with a great time travel gag that played upon the tropes of the sci-fi genre. But the moment could also pose the key to Wade Wilson’s entry into the MCU. His reckless use of Cable’s technology may just rewrite his reality and could even impact the Multiverse itself.

The timeline could be severely weakened after Deadpool saved the love of his life and made several significant changes to his own history. Perhaps Wade’s actions merged his own reality with others, contributing to Eddie Brock also being knocked out of his timeline into the MCU. Deadpool’s ability to break the fourth wall would help explain this to audiences.

9 The Murder Of He Who Remains

Sylvie followed through on her promise to kill the powerful Kang variant, He Who Remains, in Loki. Her determination to get her revenge cost the Multiverse its stability. The show ended with countless time streams getting out of control. It’s possible that one of those realities may very well be Eddie Brock’s.

With the timelines crashing into each other now that Kang is no longer there to watch over them, Venom might be a victim of the events of the Disney+ show. The post-credits sequence in Let There Be Carnage does indicate a yellow light from outside, a color associated with the Multiverse within Loki.

Spider-Man: No Way Home has already demonstrated that Doctor Strange casts a spell that has major implications for the very fabric of the Multiverse itself. With multiple Earths being brought together, it’s very plausible that the webhead’s nemesis is brought into the MCU

thanks to this magic.Once again, the yellow light might link to the Sorcerer Supreme’s mystical handiwork and thematically would certainly match up to the upcoming Marvel Studios and Sony production, which focuses on multiple realities from past Sony/Marvel films. It’s perhaps the most likely and logical explanation for the shocking events as the next MCU Sony film is No Way Home.

WandaVision demonstrated that the Scarlet Witch is very much the strongest Avenger thanks to her reality-altering abilities. With seemingly no one able to stop her and the Darkhold now in her grasp, Wanda could get out of control searching for her sons in space and time.

The reveal of Scarlet Witch brought with it the yellow glow seen in Let There Be Carnage, adding to the potential explanation. If Tommy and Billy could be found in Venom’s universe, then Wanda may have brought Eddie Brock and other elements of that Earth to the main MCU continuity.

Agatha Harkness is another powerful magic wielder who might have already started interfering with alternative realities. Her plan to take a Quicksilver from another timeline

didn’t pan out how anyone thought it would, but that probably isn’t the last appearance of Agatha in the MCU.The powerful witch will continue tapping into that power set, even if she doesn’t fully realize it thanks to Wanda’s own curse. She may be accidentally influencing the Multiverse, perhaps bringing beings of darkness to her aid in the hope of freeing her from her bonds. Venom will likely not be the answer she desires though.

Uatu’s presence is currently being highlighted in What If…?, which is showing the range and complexity of the Multiverse. He has undoubtedly seen Eddie Brock and Venom among the infinite timelines and may have considered bringing him into the MCU for unknown reasons.

Uatu is not supposed to interfere but viewers are increasingly learning that his conscience, much like in the comics, is getting the best of the Watcher. If the Symbiote might be the key to helping Peter Parker save the day, then Uatu is certain to make the difficult choice to get involved once more.

web of creation and influences it from afar. She’s much like the Watcher in one sense, but she has been known to interfere far more than Uatu. The character is a huge part of the web-slinger’s lore in the comics.

While she is yet to make her big-screen debut, Spider-Man: No Way Home might be a logical place to introduce the character. Madame Web knows the importance of bringing Peter Parker and Eddie Brock together from other realities and thus might be responsible for uniting the tentative allies.

The King In Black

The King in Black, Knull, is the leader of the Hive of Symbiotes itself and the God of the alien species. In the post-credit sequence, Venom is talking about the Hive mind, potentially relating to Knull. If Knull is in a different universe, then perhaps the Symbiote King drew Venom to him to be free of his prison.

Of course, Knull might also be influencing the Hive mind in general, trying to bring Venom to Spider-Man to have Peter Parker among his ranks. If the King in Black is being brought to the screen, then this villainous and dangerous Symbiote host will be the most intimidating threat Brock has faced yet.

The Infinity Stones gave out incredible cosmic energy that resulted in several species being affected and the balance of the universe itself becoming imperiled. After all, the Eternals appear to have responded to the huge level of cosmic force used on Earth multiple times.

With the Symbiotes also getting impacted by these universal shifts, it’s possible that the Infinity Stones contributed to Venom being launched into another timeline. It’s an explanation that Marvel has actually relied on a few times already throughout the MCU.

Captain America went on an incredibly important mission in Avengers: Endgame to try to

reset the timeline and put the Infinity Stones back exactly where they had come from. While audiences

are led to believe the mission was a success, it might have had dire consequences.

There’s no telling what Steve got up to during those years and he may have unknowingly triggered a series of events that had major implications for the future. The Avengers’ understanding of time is limited at best; they might not have known their actions could create rifts, like Venom being torn from his own time.