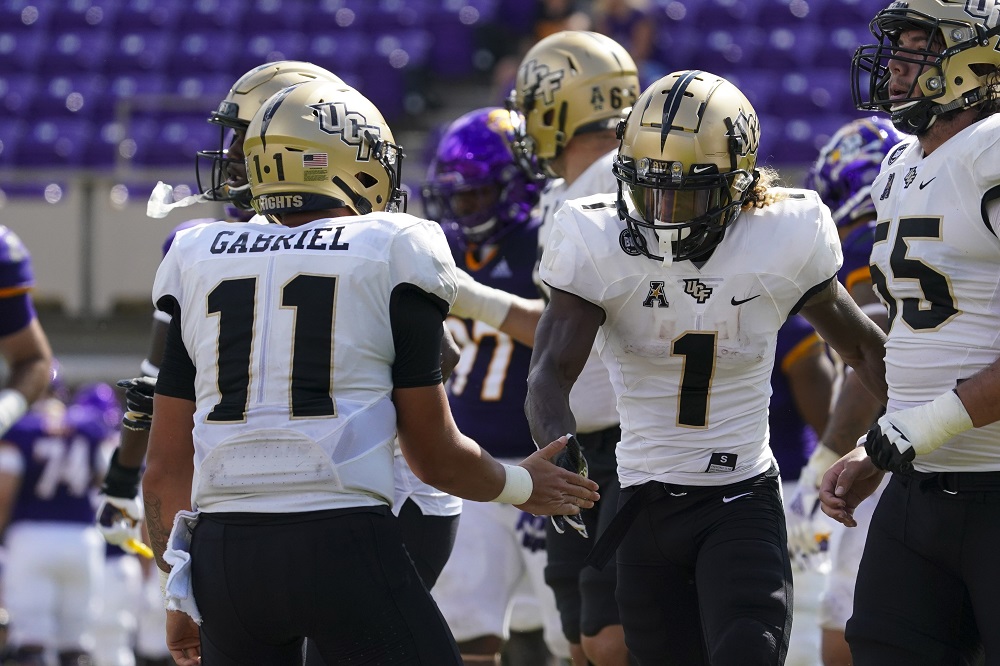 The Boise State Broncos and Central Florida Knights meet up in Week 1 at 3MG Stadium in Orlando, Florida. Kickoff is set for 7:00 p.m. ET and the game will air on ESPN.

Broncos Poised for Another Big Season, New HC Takes Over

The Boise State Broncos enter the season with lofty expectations once again. They have been the class of the MWC for the past several years and are again primed for a big season. The Broncos return a majority of last year’s starters on a team that went 5-2 last season.They also have a new head coach in Andy Avalos who is known for a defensive-minded approach.

Hank Bachmeier has officially been named the starting QB. The junior QB tallied 1150 passing yards accompanied by a 6:2 TD to INT ratio last season. UCF will give up yards in the air so look for Bachmeier to attempt several passes. The Broncos running game is solid led by George Holani. The sophomore RB was limited to 19 carries last year due to injury but rushed for over 1000 yards in 2019. Watch for Khalil Shakir. The senior WR is one of the best in the MWC and should be targeted heavily after 719 receiving yards in 2020.

The UCF Knights are considered one of the best teams in the AAC this season. They have a new head coach in former Auburn HC Gus Malzahn who inherits a team featuring plenty of key pieces from 2020. UCF features one of the best QB’s in the FBS in Dillon Gabriel. The junior QB ranked fifth in the FBS with a remarkable 3570 passing yards complemented by a dazzling 32:4 TD to INT ratio in 2020. The rushing offense likely won’t be quite as productive in 2020 after ranking 25th in rushing yards last year. They lost their top two RB’s but return Bentavious Thompson who averaged a stellar 5.2 yards per attempt for 382 yards last season.

The Knights 2020 receiving leader Marlon Williams (1039 receiving yards) has graduated leaving way for Jaylon Robinson to shine. The junior WR accumulated 979 receiving yards in 2020 and should eclipse the 1000 yards mark.

The UCF defense is a bit of a question mark and is a team that relies on offense. They struggled at times in 2020, especially against the pass with a unit that ranked 117th in passing yards allowed. Last year’s top DB and tackling leader Richie Grant is now in the NFL however senior Derek Gaineous has the experience and is in for a big season.

UCF ranked fifth in the FBS with 44.3 points per game last year. The defense allowed an average of 31.4 points, placing them 78th overall.