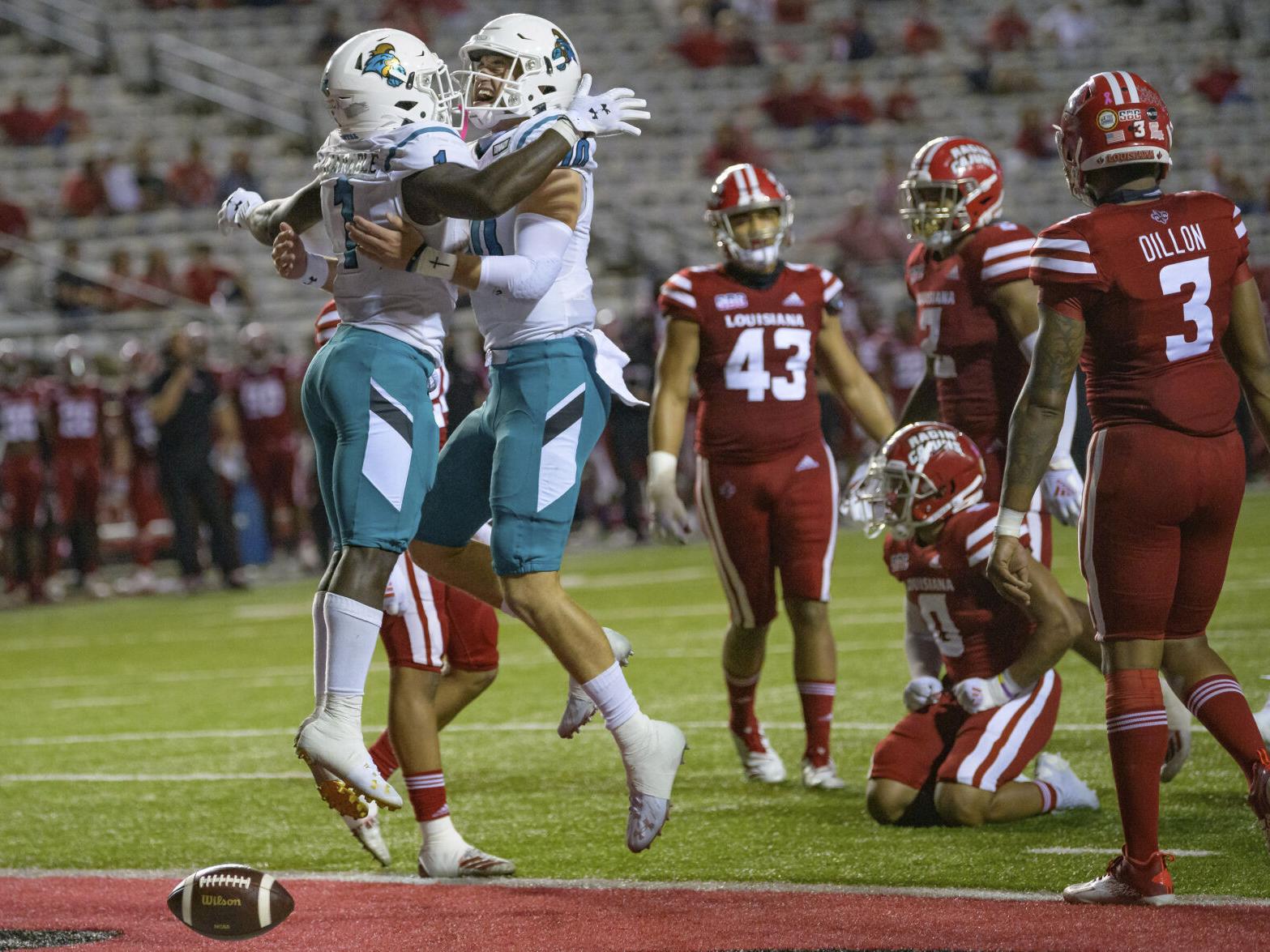 Nationally-ranked No. 22/24 Coastal Carolina football will kick off its 2021 season at home versus in-state foe The Citadel on Thursday, Sept. 2, at 7 p.m. ET in Brooks Stadium. The contest will be streamed live on ESPN+.

An early chance for Coastal Carolina to prove it is on track to repeat its breakthrough when it went 11-1 in college football’s COVID-19 impacted season. The Chants were picked to finish last in the Sun Belt’s East Division before reaching the league title game, which was called off due to the virus. The Citadel has a history of knocking off FBS opponents (see South Carolina in 2015 and Georgia Tech in 2019) and relish another one.

Coastal Carolina quarterback Grayson McCall vs. Citadel pass defense. McCall was the Sun Belt player of the year in 2020, throwing for 2,488 yards and 26 touchdowns. The Bulldogs’ strength last season, though, was against the pass as they were third in the Southern Conference with 186 yards allowed through the air.

The Citadel QB Jaylan Adams: The sophomore took over as Bulldogs quarterback during their spring season and ran for 757 yards and nine touchdowns. He also threw for three scores.

Coastal Carolina WR Jaivon Heiligh: He led the Chanticleers with with 10 touchdown catches and finished two yards shy of a 1,000 yards receiving.

The Citadel and Coastal Carolina have some FCS history, the Bulldogs winning 41-38 in a 2015 playoff game before the Chants moved to the FBS. … Chants coach Jamey Chadwell also has a past with The Citadel when he was head coach at nearby Charleston Southern. Chadwell won all four times he played the Bulldogs including a 2015 playoff victory. … Coastal Carolina is ranked in the preseason poll for the first time in school history. … The Citadel’s game is ball control. The team averaged almost 35 minutes a game with the ball last season. … Coastal Carolina’s undefeated season ended with a bowl loss to No. 23 Liberty last December. The Flames also ended the Chants only other time starting 11-0 when both were in the FCS in 2014.