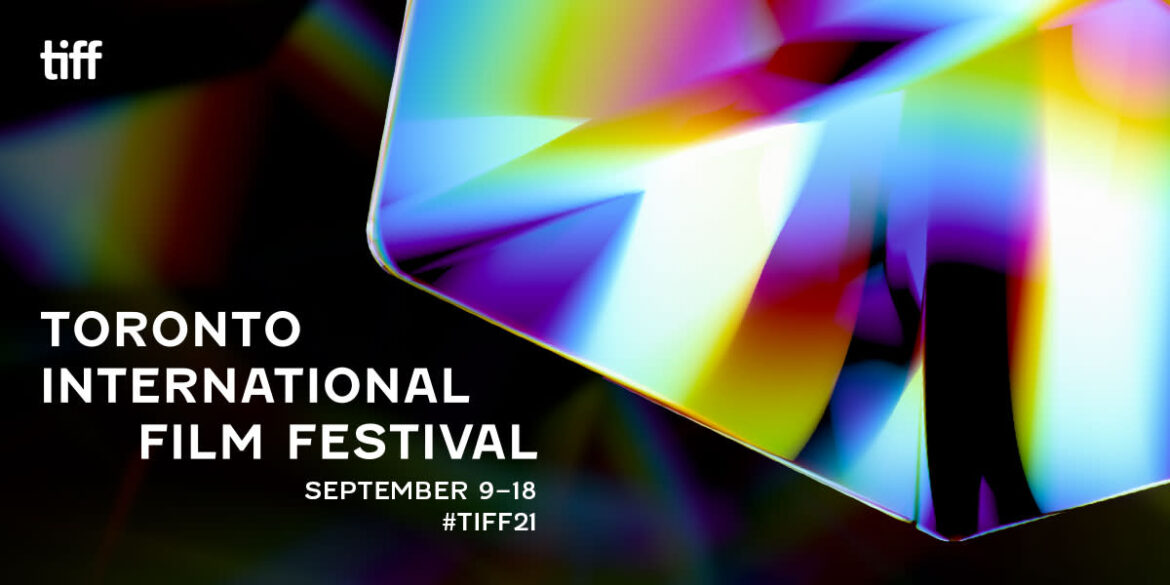 Local hairdresser Candy Sharma is debating whether she will attend a few live screenings at the Toronto International Film Festival when it opens next week. Normally, she would see half a dozen big-ticket films, but her real passion is lining up near the red carpet or waiting outside a stage door. Over the years she has caught sight of Meryl Streep, Antonio Banderas and Adam Sandler, and even snapped a selfie with Nicole Kidman after the premiere of The Goldfinch in 2019.

“When everything was live and in-person it was fabulous, you get the vibe from the crowd. What stars are going to come out; who you are going to see. I live off that energy,” she said, adding she has no interest in screening TIFF films at home. “I want that social thing … This year, being hybrid, will it really feel like TIFF?”

That question is rippling through potential TIFF audiences, whether they are made up of celebrity-spotters and movie buffs or professional film buyers and critics. After a mainly virtual TIFF in 2020 (with a few physically distanced and drive-in screenings), the festival returns this year in a hybrid form – no parties and lots of digital screening opportunities on the one hand; live screenings and some real red carpets, on the other – but with the event’s opening only days away, it’s still unclear if TIFF-goers are embracing the format.

TIFF 2021: Read our reviews of films playing at the festival

“It’s a mixed bag; a lot of people are wait and see. The Delta variant has scuttled plans,” said Hussain Amarshi, president of the Toronto art-house distributor Mongrel Media.

Delta is just the latest wrinkle in TIFF’s evolving plans for 2021. Back in January, festival organizers had sadly concluded that this would be another virtual-only year; then vaccinations took off in Canada and some version of live public screenings with actors and directors physically present seemed possible. TIFF went ahead with in-person plans and in August, after Canada opened the border to vaccinated Americans, announced these events would require proof of vaccination.

Open this photo in gallery
Candy Sharma and her husband at TIFF. Sharma questions if this year’s festival will really feel like TIFF with the hybrid format.

“Just about all the filmmakers have told us they are planning to be here but those plans are changing … that feeling we all had that we were entering the last stage of the pandemic has changed,” festival artistic director Cameron Bailey said. “We are prepared for people landing at Pearson airport at the beginning of the festival in numbers, ready to take part in person; we are prepared for a mix and we are prepared for more online than we hoped.”

If the festival learned anything in 2020 it was flexibility. Earned revenue collapsed, shrinking the budget from about $45-million to $26-million, but the festival did not go into debt as it slashed costs, laid off 31 full-time staffers while relying on the federal wage subsidy to keep others, and reduced its seasonal hires. (There will be a deficit in 2021, festival executive director Joana Vicente said, but she hopes that the recently announced federal funds for reopening cultural events will help out.) Feature films in the festival dropped from 245 in 2019 to a mere 60 in 2020, yet with digital screenings 2020 attendance managed to reach more than a third of the prepandemic levels of about 300,000. This year, staff are back while the festival will offer 132 features and about half as many screenings as 2019, both in-person and digital.

You can’t think “‘This is always the way we have done things.’ That doesn’t work any more,” Vicente said. “[Last year] the digital learnings were incredible and really helpful to deliver even more engaging experiences this year.”

Digital screenings are sold through single tickets and a limited number of packages, and take place at set times – just like in-person shows, with ticket-buyers given a four-hour window to complete their viewing. One of the largest gains for TIFF is the development of an online platform that offers its programming across Canada with screenings set to your browser’s time zone.

And the digital aspect can prove particularly useful to the industry, letting foreign film critics and film buyers watch festival offerings safely from home. Indeed, many have decided they can manage without a trip to Toronto this year.

“At the moment we have nobody on the ground in Toronto,” said Eric Kohn, vice-president of editorial strategy at IndieWire, the online entertainment industry publication based in New York and Los Angeles. “Given the complexity of border crossing and the uncertainty of what kind of talent will be present [for interviews], we made a decision it wasn’t worth our time.”

2020 would have been Kohn’s 15th consecutive year at the festival and he is usually accompanied by two other editorial staffers plus another five or so if the company is holding a corporate event.

Kohn values TIFF for the variety of its programming, from the Hollywood-style galas to the discoveries he makes in such categories as Platform, the one juried program at TIFF. This year, he figures he can get producers or distributors to provide video links to these films, precluding the need to attend. But he wonders what that means for festivals in the future.

“If the point is the buzz, what value do you get if they make films widely available in advance? It raises this existential question about what the festival should be doing. It’s hard to generate the same enthusiasm with an online event.”

Indeed, that may be why distributors of some of the most anticipated titles at TIFF 2021 – Dune, Dear Evan Hansen, Belfast, Official Competition – are keeping their films very close to their chests with only one or even no digital screenings. Media are complaining not only that they can’t get advance links on hot titles – no surprise there – but also that distributors, who may not hold global rights to their titles, are not offering digital versions of the press-and-industry screenings that usually precede public screenings by a few days. For press who aren’t attending in person, seeing these titles and posting opinions before the festival closes may prove impossible.

Whether you’re a distributor with a hot title everybody wants to see or a producer hoping to find distribution for your undiscovered gem, it’s a balancing act between securing attention and burning your film. Live premieres with actors strutting up the red carpet, audiences applauding the film and directors taking questions at the end generate an impression that an in-home screening never will, while live press-and-industry screenings let buyers and critics chat with each other about what they have seen and what they recommend.

“A virtual version can’t replace a live event, no chance,” Amarshi said. “A festival is a place of discovery, of showmanship. You bring the latest and best films to a place where people can see them in a dark room collectively.”

Still, both Amarshi and Kohn are predicting a shakedown on the festival circuit in the next few years: Not every fest will manage to survive as a major live event as the industry gets used to doing business digitally. September is particularly crowded and TIFF competes against Telluride, which Kohn considers crucial for his preawards coverage because of the Colorado festival’s reputation as an Oscar-picker, and Venice, which tends to snag the big Hollywood titles and attract the industry’s elite to its gorgeous setting.

But film professionals, especially from the United States, do like coming to Toronto in September – it’s close, safe, clean, friendly and has pleasant late-summer weather – while TIFF has the reputation of being both well organized and well curated.

Yet the most significant distinguishing factor as COVID-19 recedes is probably TIFF’s status as the world’s largest public film festival. For a potential buyer, a film played at TIFF has been tested in front of real-world audiences not just the industry-only gathering at Cannes or the select few who make it to Venice or Telluride.

And for Toronto’s public, both the stars and the screenings are a huge attraction.

“I’d like it to go back to the way it used to be 2018 or 2019,” said Toronto movie lover Lori Muma, a sales co-ordinator for outdoor advertising with Bell Media. She would normally see a dozen or more big titles at the festival every year, and this year is hoping to get tickets to about half that, including Dune, the sought-after sci-fi ticket that is only available for in-person viewing. “I like the whole celebratory excitement around TIFF and that was lacking [last year]. I don’t need to watch digitally; I can see that a year from now.”

It’s the September event then that draws Muma to the cinema, although she is also a year-round member who used to see about a movie a month at the TIFF Bell Lightbox on King Street before it was closed by the pandemic. The industry types may fly back to New York, Los Angeles, London and Paris in mid-September, but TIFF’s relationship with local film buffs is a 12-month deal. It’s built around a difficult proposition, however, drawing the aging art-house audience to a cinematheque in downtown condo land. If the pandemic puts the future shape of the festival in question, it also underlines the precariousness of the Lightbox, which is being reopened following the festival for its regular programming after an 18-month break in those year-round screenings. The Lightbox was a bet that TIFF made on securing a physical presence in the city back in the early 2000s, building a venue that finally opened in 2010, just before the explosion of the streaming services.

If audiences happily return to wave to festival stars in years to come, the second and more immediate issue for TIFF as an organization is whether they will also return this fall and winter to watch a subtitled art film on a rainy night. But that’s the kind of question all movie exhibitors have to ask themselves as pandemic restrictions are lifted.

“If you want to watch a TIFF curated movie at home, you can do that; if you want to watch it at the Lightbox you can do that, too,” Bailey said. “I don’t think we let go of one because we have the other. We don’t stop reading books because we watch TV shows. We want to show movies in movie theatres because it’s a glorious experience when done right. We will continue with that as long as we can.”