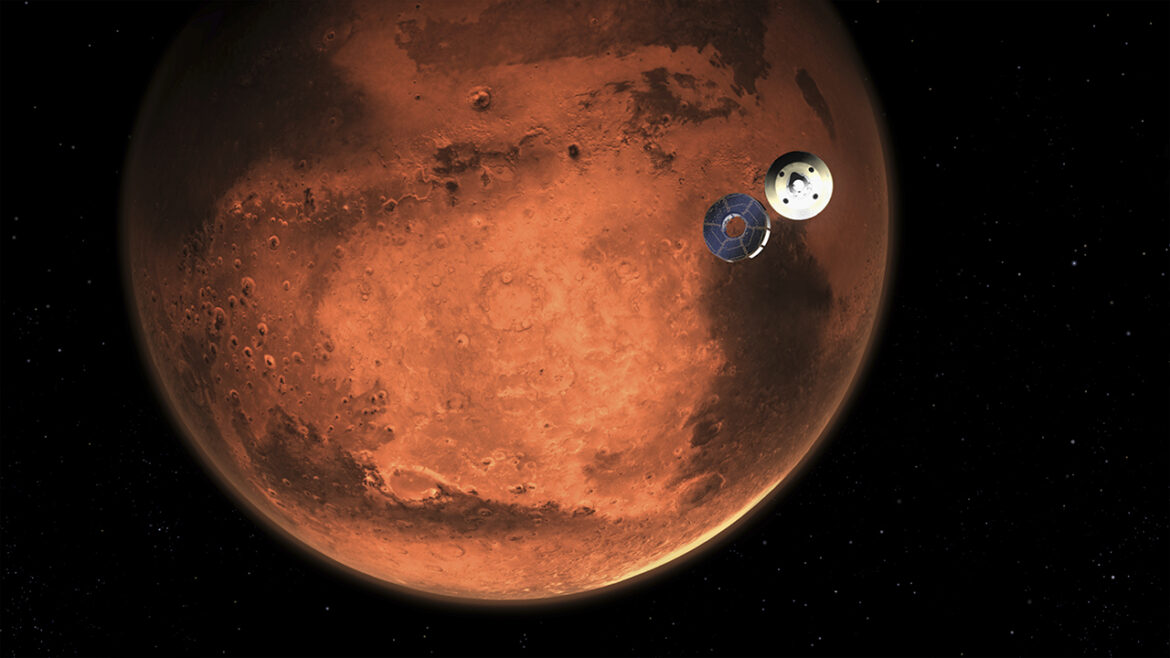 NASA is standing down from commanding its Mars missions for the next few weeks.  While the Earth and Red Planet are on opposite sides of the sun in the biennial Mars solar conjunction – the planets are unable to “see” each other.

The sun emits hot, ionized gas from its corona that extends into space and can obstruct radio signals and engineers’ commands and communications to spacecraft.

NASA explained in a Tuesday release that most missions will stop sending commands to its Mars spacecraft between Saturday and Oct. 16.

A few will extend the moratorium by a day or two, though that decision is reportedly dependent upon the angular distance between Mars and the sun in the Earth’s sky.

Nevertheless, Mars missions will not be fully inactive during this period.

The Perseverance Mars Rover – which landed in February of this year – will take weather measurements with its MEDA (Mars Environmental Dynamics Analyzer) sensors, run its RIMFAX (Radar Imager for Mars’ Subsurface Experiment) radar, capture new sounds with its microphones and look for dust devils with its cameras.

The ingenuity Mars Helicopter is not scheduled to fly but will communicate its status to the “Percy” every week.

The Curiosity Mars Rover – which has been on Mars since August 2012 – will also take weather measurements using its REMS (Rover Environmental Monitoring Station) sensors, look for dust devils with its cameras and take radiation measurements with its RAD (Radiation Assessment Detector) and DAN (Dynamic Albedo of Neutrons) sensors.

Lastly, NASA’s InSight lander will continue to use its seismometer to detect temblors and NASA’s three orbiters will all continue relaying some data from the surface missions back to Earth, as well as gather their own science.

“Though our Mars missions won’t be as active these next few weeks, they’ll still let us know their state of health,” Roy Gladden, manager of the Mars Relay Network at NASA’s Jet Propulsion Laboratory (JPL), said in a statement. “Each mission has been given some homework to do until they hear from us again.”NASA noted that there would be a temporary pause in raw images available from Perseverance, Curiosity and InSight.

After the moratorium, the spacecraft will send the remaining data to NASA’s Deep Space Network: an international array of giant radio antennas managed by JPL.

NASA engineers will spend a week downloading the information before standard spacecraft operations are able to resume.