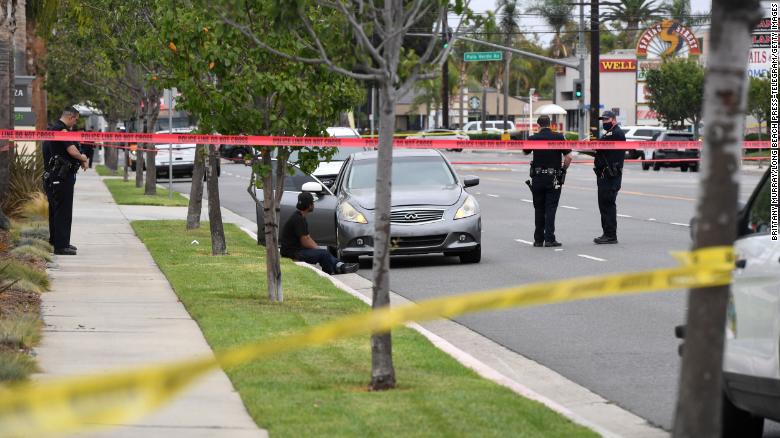 An 18-year-old woman shot by a school safety officer after an altercation near a Long Beach, California, high school is expected to be disconnected from life support this weekend, her family said at a news conference Friday.

Manuela “Mona” Rodriguez was shot by a Millikan High School safety officer on September 27, after a physical altercation involving Rodriguez and a 15-year-old girl, according to the Long Beach Police Department (LBPD).
“This afternoon an incident occurred in the area of Spring Street and Palo Verde Avenue. Early information indicates that one of our School Safety officers discharged his duty weapon,” Millikan High School said in a statement posted on its website the day of the shooting.
In a statement to CNN, the Long Beach Police Department (LBPD), which is currently handling the investigation, said that at approximately 3:12 p.m. on Monday September 27, “LBPD officers responded to the area of Spring Street and Palo Verde Avenue regarding a hit shooting.”
The school safety officer had responded to an “off-campus” incident, Chris Eftychiou, public information director for the Long Beach Unified School District, told CNN in an email.
“The preliminary investigation revealed the school safety officer was driving when he observed a physical altercation between an 18-year-old female suspect and a 15-year-old female juvenile victim occurring in the street,” the LBPD statement said.
Police said Rodriguez and two others involved in the altercation then attempted to flee in a four-door sedan, when the school safety officer approached the vehicle and shot at it as it accelerated quickly, striking Rodriguez, who was in the front passenger seat. The other occupants of the car were a 20-year-old man and a 16-year-old male, police said.

Lawyers for Rodriguez’s family say the driver of the vehicle was Rodriguez’s partner and the father of her 5-month-old son, and the other passenger at the time of the incident was his teen brother.
A video shot by a bystander, obtained by CNN, shows the officer approaching the vehicle on the passenger side of the car and drawing his weapon.
“I just want justice for my sister,” Rodriguez’s brother, Iran Rodriguez, said Friday. “She didn’t deserve this, nobody deserves this.”
The school safety officer was hired by the school on January 10 of this year and had “no disciplinary issues or complaints filed against him,” Eftychiou said.
The officer has been placed on administrative leave, pending the outcome of the investigation, Eftychiou confirmed to CNN. Eftychiou said school safety officers are employees of the district, not of any police department. He added that school safety officers go through more than 600 hours of state-mandated peace officer training, and the officer had been up to date on that, including twice-yearly firearm training.

Rodriguez’s family has retained attorney Luis A. Carrillo to represent them. In a letter to California Attorney General Rob Bonta, Carrillo said that the officer’s actions were “reckless,” and that Rodriguez was “unjustifiably shot.”
“This officer had no justification to use deadly force against Ms. Rodriguez because Ms. Rodriguez did not pose an imminent threat to the officer when she was shot by the officer,” the letter said.
Rodriguez’s mother, Manuela Sahagun, told reporters Wednesday during a vigil held for her daughter that her heart was “shattered” and that she did not wish for any mother to go through what she was going through.
Long Beach City Mayor Robert Garcia said in a tweet that the city was “heartbroken” by the tragic incident.
“The city is heartbroken over the horrific and tragic shooting of Mona Rodriguez by a Long Beach School District safety officer. We are praying for her family. While the officer was not a city employee, we are working with the LA County DA to investigate,” Garcia said.
The motive of the altercation that led to the shooting is under investigation, the Long Beach Police Department confirmed to CNN. The Los Angeles County District Attorney’s Office will also be conducting an independent investigation of the incident, LBPD said. The Long Beach Unified School District is collaborating with the LBPD in this investigation.
Rodriguez was not enrolled as a student at the high school, Eftychiou told CNN. But Eftychiou said she was previously enrolled at another school in the district.
Rodriguez is currently at Long Beach Memorial Medical Center and scheduled to be disconnected from life support this weekend, her family said Friday.

Long Beach Medical Center told CNN it could not comment on Rodriguez’ status per HIPAA regulations but shared its end-of-life protocol for patients considered brain dead.
“When a patient is declared deceased by neurologic criteria, it means that the patient has a complete and permanent loss of brain function. The condition is irreversible, with no possibility of recovery, and is most often due a catastrophic injury or event.
“Under California law, two physicians must independently complete their own examination of the patient and reach the same conclusion as to loss of brain function to declare a patient deceased by neurological criteria. Following any such declaration, the family is notified, and by law, provided a period of accommodation to afford the family time to grieve and gather loved ones,” it said.
Mona’s family said Friday her organs will be donated. “Iran Rodriguez said in a press conference that her organs would be donated to the ones in need, as per her wishes,” according to a family statement shared by Carrillo.